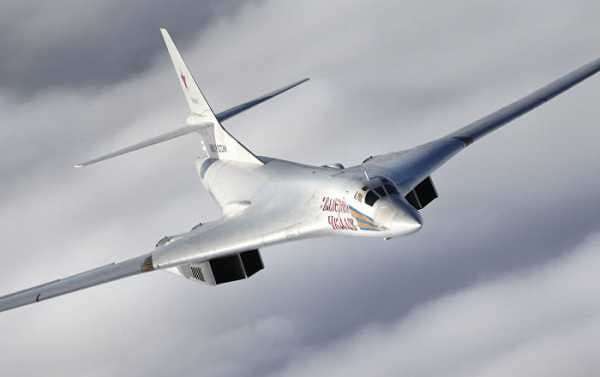 MOSCOW (Sputnik) – On Saturday, the Russian Defence Ministry said that two Tu-160 strategic bombers had carried out a planned flight over the neutral waters of the Arctic Ocean, spending over 15 hours in the airspace. The ministry noted that all flights had been conducted in strict accordance with the international rules on the use of the airspace.

The Tupolev Tu-160, also known in Russia as the White Swan for its huge white wings reaching a 55-metre span, is a supersonic strategic bomber developed in the early 1980s. The jet can reach Mach 2 speeds and fly up to 12,300 kilometres without refuelling. Tu-160 can also carry up to 40,000 kilogrammes of ordnance, such as 6 Raduga cruise missiles or 12 Kh-15 (NATO codename AS-16 Kickback) short-range nuclear missiles.