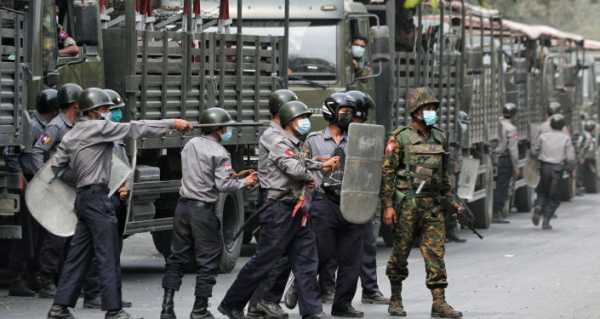 Earlier this month, US President Joe Biden issued an executive order that prevented Myanmar from accessing funds currently being held by US banks. The move came after the Southeast Asian country’s military carried out a coup d’état and deposed democratically-elected government officials.

Citing three officials, Reuters reported that the transaction was attempted by the Central Bank of Myanmar on February 4, three days after the military coup unfolded and caught the attention of world leaders.

After the initial safeguard was triggered, US officials reportedly then held off on processing the transaction, eventually indefinitely blocking Myanmar from accessing the funds after Biden’s February 10 executive order freezed the nation’s bank accounts in the US.

At the time, Biden did not indicate during his declaration that Myanmar’s military officials had attempted to access the funds. It’s also worth noting that the Central Bank of Myanmar was specifically named as part of Myanmar’s post-coup government.

Neither the Federal Reserve nor the US State Department have commented on the report.

Aside from the US, multiple countries, including Canada, the UK and the European Union, have issued sanctions against Myanmar after the February 1 coup unfolded and was followed by a deadly crackdown against residents opposing the military takeover.

Myanmar came under military control once its leadership declared the November 2020 elections were fraudulent, since the National League for Democracy party overwhelmingly beat out individuals from the military-backed political party.

Claiming that the previous government failed to thoroughly examine the allegations, the military has since imposed a one-year state of emergency, with new elections expected to be held in the near future. The country’s election commission previously indicated that there was no evidence to support fraud claims.