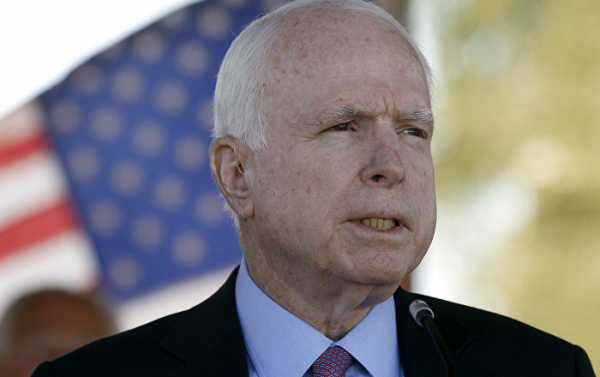 John McCain, a US senator and former military aircraft pilot who took part in the Vietnam War, passed away at the age of 81 after a long battle with cancer.

The Vietnamese government payed its respects to the late US Senator John McCain, praising him as “a symbol of his generation” who helped improve relations between Washington and Hanoi in the wake of the Vietnam War.

“For both the government of Vietnam and its people, Senator McCain was a symbol of his generation of senators, and of the veterans of the Vietnam war,” Vietnamese Foreign Minister Pham Binh Minh wrote in a condolence book at the US Embassy in Hanoi, adding that McCain “took the lead in significantly healing the wounds of war, and normalizing and promoting the comprehensive Vietnam-US partnership.”

A monument erected at Hanoi Lake where McCain was captured also ended up being used as a “de facto” shrine by locals who left their condolences to the deceased.

“Condolences to senator and war veteran John McCain, who greatly contributed to the normalization of Vietnam-US relations,” said one message in Vietnamese left at the monument, as quoted by Reuters.

A number of Twitter users were apparently perplexed by this development, some of them reminiscing about McCain allegedly cooperating with his Vietnamese captors, or were puzzled by the reaction of the people whom McCain helped bomb.

​Others, however, praised Vietnam for this tribute, sometimes also criticizing US President Donald Trump.

​While serving as a naval aviator during the Vietnam War, McCain was shot down during a bombing mission over Hanoi in 1967. Having sustained severe injuries after ejecting from his aircraft, he was captured by Vietnamese forces and spent years at the Hoa Lo prison, also known as the Hanoi Hilton.