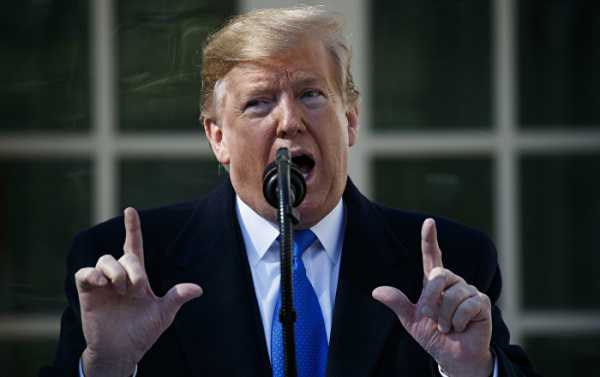 WASHINGTON (Sputnik) – US President Donald Trump told reporters at the White House he would veto legislation introduced in the House of Representatives and aimed at blocking his national emergency declaration on the US-Mexico border.

“Will I veto it? 100 percent,” Trump said on Friday when asked if he would veto the Democrat-led resolution to terminate his national emergency issued to build a wall on the southern border.

Trump added that he does not think the measure would survive his veto.

The House will vote Tuesday on a resolution to block Trump’s national emergency declaration. Democratic lawmakers introduced the legislation earlier in the day.

On February 15, Trump declared a national emergency on the US border with Mexico after Congress refused to allocate the $5.7 billion he requested for border security.

The national emergency declaration will free up $8 billion in federal funding to build a wall on the southern border. The Trump administration aims to divert military funding to install 234 miles’ worth of steel barriers along the country’s 1,950-mile border with Mexico.