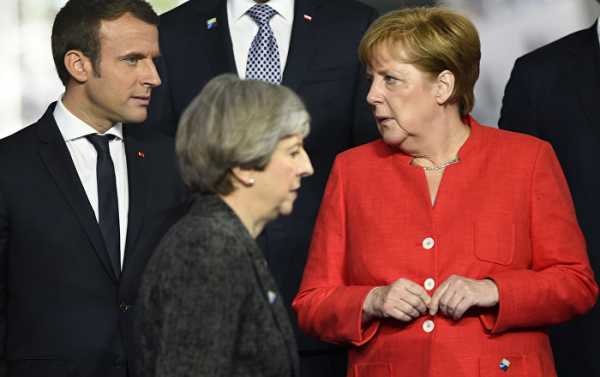 Reacting to the EU’s stance on Washington’s pullout from the nuclear agreement, Velayati noted that on the one hand, some officials claim to be committed to the deal, but on the other hand, the 28-member bloc refuses to give guarantees and oppose the United States.

“Some European officials say they are not supposed to stand up to America and give guarantees,” said Velayati. “These contradictions in the comments of European officials raise doubts. We hope that our authorities could get necessary guarantees in their negotiations,” he said, adding that a “duplicitous side” could not be trusted.

Velayati also lambasted the French oil and gas giant Total, which has announced its decision to abandon a multibillion-dollar project in Iran in the face of US secondary sanctions; he pointed to the company as an example of European non-commitment to the deal.

Separately, Iranian Deputy Foreign Minister Seyed Abbas Araqchi denied reports that the European Union had requested to include talks on Iran’s missile program and regional power and announced that the European nations had agreed to limited talks with Tehran only to the nuclear deal.

According to Araqchi, Tehran doubts that Europe can stay committed to the deal and continue its implementation without the United States.

“The Europeans do not want to enter a political or trade war with the US and they cannot force their private companies to cooperate with Iran either,” Abtahi quoted him as saying.

On May 8, President Donald Trump decided to withdraw from the Iran nuclear deal and reinstate sanctions against Tehran. The European Union seeks to protect its companies operating in the Islamic Republic from secondary sanctions; for instance, the European Commission has already announced it will introduce the 1996 “blocking statute” to counter US restrictions.

Earlier, French Finance Minister Bruno Le Maire proposed three counter-measures to Washington’s pullout, and voiced hope that the Commission would take “concrete decisions.” He suggested that the bloc start implementing the “blocking statute,” withdraw from the US-controlled SWIFT and establish, along with the European Investment Bank, “an independent financial instrument that will allow our companies to work freely where Europe deems fit.” And, last but not the least, to set up a mechanism to better control, single out and block risky investments.