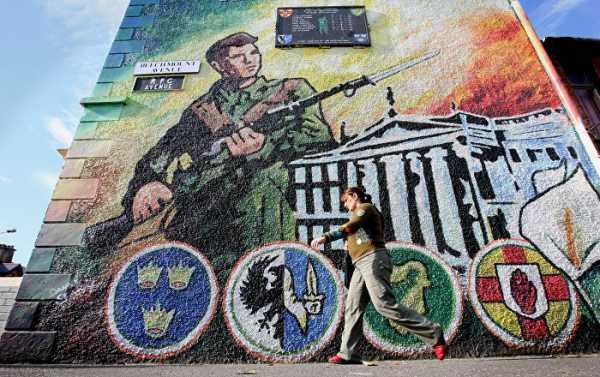 ‘The Accidental Spy’, by Sean O’Driscoll, is published this week by Mirror Books.

A book about David Rupert, the FBI and MI5 agent working inside Northern Irish Republican terror groups, has attracted the attention of the UK Government Solicitor.

Rupert — a 6’5, 21-stone former wrestler from Florida, who managed a trucking company in upstate New York — was recruited by the domestic UK and US intelligence to infiltrate the Continuity IRA, and later the Real IRA.

In a letter — seen by the Belfast Telegraph — sent by the UK Government Solicitor to the book’s publishers, he expresses concern the book may contain “sensitive information” about the activities of Rupert which remain “strictly confidential”, and asks for a copy of the book to be supplied urgently so the Department “can take instruction as to the extent any disclosures may put the personal safety of others at risk, or otherwise be damaging to national security”.

Rupert, now 67-years-old, arrived in Ireland in the early 90s after being recruited by a female FBI informant working inside Noraid, the Provisional IRA’s support group in the US. Rupert, who owed US$20 million in accident claims against his Kentucky-based trucking company and in unpaid US tax, and whose brother faced a lengthy prison sentence for smuggling marijuana in watermelons, was easily coerced into taking part in the intelligence operation. 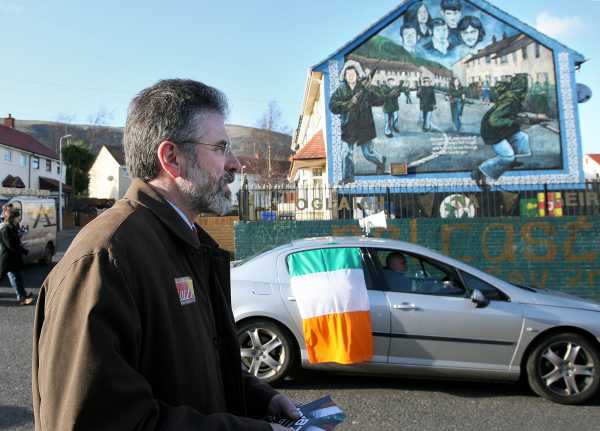 Sinn Fein President Gerry Adams passes a Irish Republican Army mural in the Ballymurphy area of west Belfast , Northern Ireland, Tuesday, March, 6, 2007Despite being Protestant, Rupert easily infiltrated the movement, with the FBI informant posing as his partner on a trip to County Donegal to meet with Republican Sinn Fein, the only group which opposed the Provisional IRA’s ceasefire agreement.

Once there, he used FBI funds to lease a pub and holiday caravan park in Tullyallen, County Leitrim — he later abandoned the pub, which was then burnt down in suspicious circumstances — and became active in RSF politics, becoming a confidant of former IRA prisoner Joe O’Neil, gaining the group’s trust by surreptitiously moving funds from the US to Ireland in support of Republican paramilitaries and prisoners. Along the way, he passed information on to the Garda Siochana.

It was in the summer of 1997 that Rupert became involved with the UK intelligence services, an FBI agent taking him to a hotel in central London to meet an MI5 officer, who provided him with a PO Box address and secret contact phone number, and urged him to offer intelligence to the Continuity IRA about British Army and police bases in Northern Ireland.

Posing as tourists, Rupert and his wife visited various sensitive sites and took pictures and videos of themselves, with the intention to pass the material on to the Continuity IRA — but by the end of 1997 British intelligence chiefs had concluded the group posed little threat to the peace process, and instead he was redirected to the Real IRA, a new organization that split from the Provisional IRA and Sinn Fein over their commitment to ending hostilities. He infiltrated the group in Chicago via the Irish Freedom Committee — Rupert was so effective he was trusted to work on the 32 County Sovereignty Committee’s website.

It’s estimated Rupert earned US$10 million for his work for the two agencies.

If UK authorities wish to suppress the book’s content and/or publication, they may do well to heed the lesson of ‘Spycatcher’, a book written by former MI5 Assistant Director Peter Wright.

In the work, Wright claimed former MI5 chief Roger Hollis was a secret KGB mole, unveiled an MI6 plot to assassinate President Nasser during the Suez Crisis, and most explosively exposed a joint MI5-CIA plot against British Prime Minister Harold Wilson, who they believed to be a Soviet agent.

When he first attempted to publish the book in 1985, Whitehall moved to ban its release in the UK — while successful, the embargo only applied to England and Wales, meaning it was available in Scotland, and elsewhere. Despite spending vast sums to block its publication in foreign countries, including Wright’s adopted home of Australia, and English newspapers attempting reportage of Spycatcher’s principal allegations being served gag orders — some were tried for contempt of court, although the charges were eventually dropped — copies of the book began to flow into England from Scotland.

Eventually, in 1988, the book was cleared for legitimate sale in the UK when Law Lords acknowledged overseas publication meant the book by definition contained no secrets. Moreover, in November 1991 the European Court of Human Rights ruled the British government had breached the European Convention of Human Rights in gagging newspapers.

In the afterword, Wright stated writing Spycatcher was motivated principally due to his small pension — an ironic flourish, given the furore helped Spycatcher sell over two million copies, and Wright died in 1995 a millionaire.