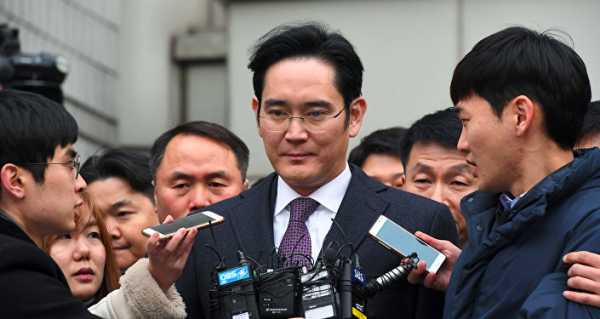 SEOUL (Sputnik) – The jailed heir and de facto leader of Samsung, Lee Jae-yong, will be released on parole this Friday, the South Korean Justice Ministry said on Monday.

The grandson of Samsung founder Lee Byung-chul is currently serving a prison term on bribery charges. According to the ministry, he is among 810 people that will be paroled ahead of South Korea’s National Liberation Day, which will be celebrated on August 15. Lee, who is officially Samsung’s vice chairman, is scheduled to be released at 10 a.m. local time (01:00 GMT).

On January 18, the Seoul High Court sentenced Lee to two and a half years in prison for bribing Choi Soon-sil, a longtime friend of former South Korean President Park Geun-hye, to enlist the government’s support in succeeding his father as Samsung chief.

Samsung and the Korea Chamber of Commerce and Industry demanded Lee be released so that he could concentrate on leading the conglomerate, while several of the country’s civic groups opposed the initiative.