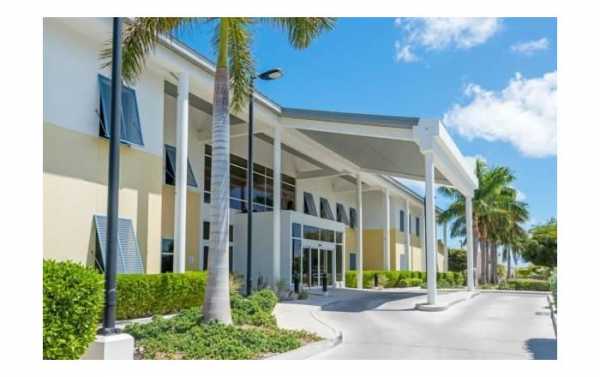 Britain has 14 overseas territories, many of which rely on the Caribbean tourist industry, which has been decimated by the coronavirus outbreak. Has the Foreign and Commonwealth Office done enough to help them during the crisis?

The former prime minister of the Turks and Caicos Islands says Britain’s overseas territories feel “abandoned” by the British government during the coronavirus crisis.

On 11 March the UK Chancellor of the Exchequer, Rishi Sunak, unveiled a special Budget which concentrated on alleviating the impact for businesses in Britain and on Friday, 20 March, he announced another stimulus package for those who have been hardest hit by the coronavirus crisis.

Sunak said: “Government grants will cover 80 percent of the salary of retained workers up to a total of £2,500 a month…That means workers in any part of the UK can retain their job, even if their employer cannot afford to pay them, and be paid at least 80 percent of their salary.”

The Turks and Caicos Islands reported its first case of coronavirus on Sunday, 22 March, but it has already closed down its only international airport to all but essential flights and almost all hotels and businesses in the archipelago have shut down, with any remaining tourists returning to their home countries.

A British Airways plane arrived at the airport, on the island of Providenciales, on Wednesday 25 March, to pick up British citizens but it did not bring any supplies.

​There are only three respirators in the Turks and Caicos Islands and Mr Misick, whose government was responsible for building the Canadian-run Cheshire Hall Medical Centre, said he was very worried about what would happen if the pandemic spread through the archipelago.

​He said: “Ventilators, and their availability in times of acute care, will be the difference between life and death. Do we have more on order and if not why not?”

Mr Misick said: “Where is the financial help? I call on the government to give all citizens at least US$1,000 per month as a living wage until this crisis is over or until people can return to work.”

​He said Bermuda, Anguilla, Montserrat and the British Virgin Islands all relied on tourism and their economies faced devastated because of the coronavirus.

“Only God can save us from a disaster now,” said Mr Misick.

She admitted there were only 30 beds available – for a population of 50,000 – and said it was important people followed social distancing guidelines.

Ms Cartwright-Robinson said: “The TCI government has US$200 million in cash but the UK required spending strictures.”

​The Governor of the Turks and Caicos Islands, Nigel Dakin, posted a statement on Facebook on Wednesday in which he said the UK government had agreed to allow Ms Cartwright-Robinson to run a deficit budget during the crisis.

Mr Dakin said he had spoken to the UK’s Chief of Defence Staff, General Nick Carter, on Wednesday.

The Foreign Secretary, Dominic Raab, made a speech in Parliament on Tuesday in which he focused on repatriating British citizens from around the globe and made no mention of what financial or medical support there would be for the overseas territories.

Sputnik has contacted the Foreign and Commonwealth Office about the issue but has received no response.