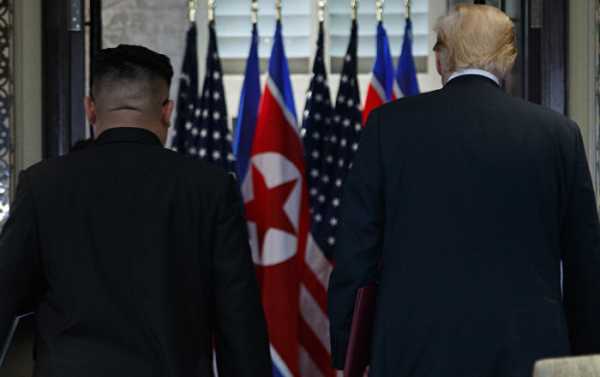 TOKYO (Sputnik) – US and North Korean negotiators managed to narrow their positions on a number of issues during the fifth day of preliminary talks held ahead of the summit between North Korean leader Kim Jong-un and US President Donald Trump, Yonhap reported on Monday.

“The two sides have been in in-depth negotiations … They are engaged in far more serious discussions than [those prior to] the first summit held in Singapore last year… Differences are being narrowed,” a diplomatic source told the Yonhap news agency.

The source added that the parties also might have reached some progress on the issue of the dismantling of the Yongbyon nuclear complex, which is one of the core elements of the North Korean nuclear program.

Commenting on the upcoming talks, US President Donald Trump said earlier in the day that he expects to make further progress on denuclearizing the Korean Peninsula during his second summit with Kim.

“I think we can have a very good summit. I think we’ll have a very tremendous summit. We want denuclearization,” Trump said during a meeting with US governors at the White House.

Trump said that if North Korea does agree to denuclearization, the country will set a lot of records in terms of the speed of its economic growth.

The US president and North Korean leader are scheduled to meet in the Vietnamese capital of Hanoi on February 27-28 for their second summit on denuclearization.

After the first summit, held last year in Singapore, the US president said North Korea no longer posed a nuclear threat to the United States. The first US-North Korean summit resulted in an agreement stipulating that Pyongyang would make efforts to promote the complete denuclearization of the peninsula in exchange for the United States and South Korea freezing their military drills.