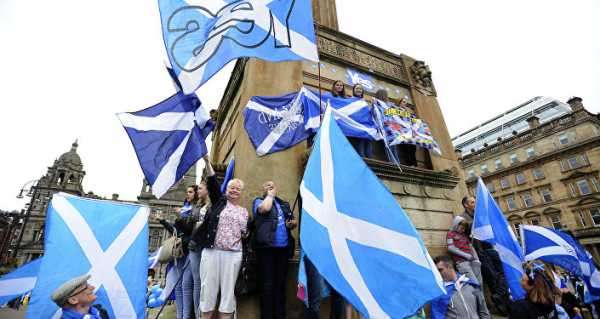 In late January, Boris Johnson said the “endless talk” about a possible second Scottish referendum is completely irrelevant to a majority of people in the UK.

British Prime Minister Boris Johnson has stated that there will be no second Scottish referendum in the near future and that the emphasis should now be made on efforts to tackle the COVID-19 pandemic.

The statement came as London confirmed that the so-called “union unit” set up inside the government has been scrapped and will be replaced by a new Cabinet committee led by Johnson.

The Daily Mail cited an unnamed government source as saying that the creation of the new committee is not a sign of “confusion and panic around the Union”.

This followed Scottish Cabinet Secretary for the Constitution, Europe, and External Affairs Michael Russell saying in late January that the country’s second vote for independence could be held six months after Holyrood passed a referendum bill, which is expected in June.

He indicated that if the Scottish National Party (SNP) stays in power following elections in May, it will unilaterally legislate for a new ballot if Prime Minister Johnson continues to refuse one.

Russell’s remarks were preceded by Johnson reiterating his negative attitude toward holding a second Scottish referendum during a visit there on 28 January.

Johnson added that he does not see “the advantage of getting lost in pointless constitutional wrangling when after all we had a referendum not so very long ago”.

Scotland’s First Minister Nicola Sturgeon called out Johnson’s trip, questioning whether his reasons for visiting the country are “really essential” and arguing it could be misinterpreted by the public.

The first minister spoke after the SNP unveiled what it described as a “roadmap to a referendum” that laid out the party’s 11-point plan on how they intend to pursue a second vote.

The roadmap, in particular, notes that any attempt by the UK government to oppose the legality of holding a vote will be “vigorously opposed” in the courts.

Scotland voted 55% to 45% against independence in a 2014 poll. However, in the subsequent 2016 Brexit vote, most Scots also backed remaining a part of the European Union, sparking demands for a new independence vote after the UK as a whole ultimately chose to leave the bloc.