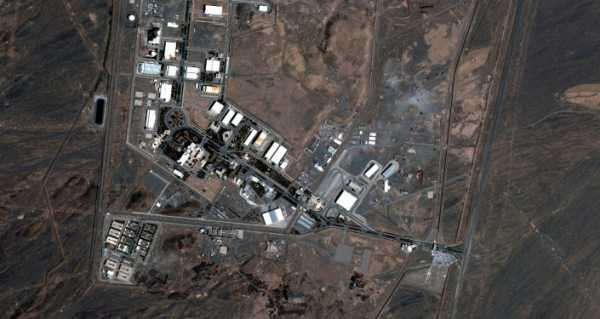 Iran’s main uranium enrichment facility was hit in what officials have called an “act of nuclear terrorism” on Sunday. Israeli and US media have since suggested that the nuclear incident was the result of a “classified Israeli operation.”

The attack on Iran’s Natanz nuclear facility was plotted “long before” the start of the ongoing meeting of the joint commission of the remaining members of the Joint Comprehensive Plan of Action (JCPOA) nuclear deal, and was aimed at weakening Tehran’s negotiating position at the meetings, The Jerusalem Post has reported, citing sources.

The paper’s sources indicated that the attack’s planners were uncertain whether Iran and the US – whose negotiators arrived in Vienna last week but were not allowed to join the talks directly, would return to serious negotiations about Washington’s possible rejoining of the nuclear accord.

The reporting serves as further confirmation of earlier reports by US and Israeli media suggesting that the Natanz incident was the result of a “terror attack,” and that Israel’s Mossad intelligence service was involved. Late Sunday, the New York Times reported that the incident was the result of a “deliberately planned explosion” in a “classified Israeli operation.” The paper alleged, citing unnamed sources in US and Israeli intelligence, that the incident set back Iran’s uranium enrichment capabilities dramatically and that it could take at least nine months for work to resume at the facility.

On Monday, Iran’s security services announced that they had established the identity of a person said to be involved in the attack on Natanz, with the individual said to be still at large.

Tel Aviv rarely comments on its intelligence services’ operations abroad, and officials have not commented on the Natanz incident one way or the other. Tehran, meanwhile, has accused the Jewish State of involvement, with Foreign Minister Mohammad Javad Zarif warning that Iran would “take…revenge on the Zionists” at its convenience, while claiming Tel Aviv is trying to sabotage talks on the nuclear agreement.

Last week, Israeli Prime Minister Benjamin Netanyahu said his country would not be bound by any possible revival of the nuclear deal, warning Israel’s “closest friends” in America that “a deal with Iran that threatens us with annihilation will not obligate us.”

The Natanz incident comes amid the ongoing nuclear talks in Vienna between Tehran and the other remaining parties to the JCPOA, including Russia, China, France, Britain, Germany, and the European Union. US negotiators arrived in the Austrian capital last week, but have not been allowed to directly participate in the talks, per Iran’s request. Instead, the US has resorted to shuttle diplomacy to communicate its position to the JCPOA parties.

On Friday, Politico reported, citing Biden administration officials, that Washington was not prepared to lift all sanctions to get Iran back to compliance with the JCPOA. Tehran has repeatedly demanded that the US drop all its illegal sanctions, only after which the Islamic Republic would return to its obligations regarding uranium enrichment.

On Monday, Russian Deputy Foreign Minister Sergei Ryabkov told Sputnik that the Vienna talks would continue in spite of the Natanz incident.

The suspected terrorist incident at Natanz is the latest hostile act in the decades-long mostly covert battle between Iran and Israel. In recent weeks, the two countries have accused one another of a series of sabotage attacks on one another’s commercial vessels, with Tehran suspecting Tel Aviv in last week’s attack on one of its merchant ships in the Red Sea. Iran also holds Israel responsible for the November assassination of a senior nuclear scientist outside Tehran. Tel Aviv did not comment on those claims. Iran has responded to each provocation by threatening to retaliate at a time and place of its choosing, but has also indicated that it would not be taunted into a major regional war with Tel Aviv and its allies.