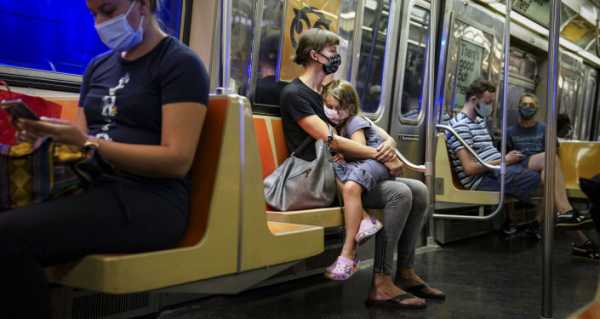 The calls, reportedly deemed as too insistent and inappropriate for an “elected official”, followed an earlier controversy, when Mayor Bruce Kring argued that citizens are entitled to decide for themselves whether to wear protective masks during the virus outbreak or not.

The mayor of Michigan’s Potterville, Bruce Kring, has sparked controversy for ostensibly inciting violence through his Facebook posts, in which he called for “rebellion” and welcomed subscribers to “TAKE power back”, the Michigan television station WLNS reported.

Separately, some posts Mayor Kring shared about the 2020 election have reportedly been flagged as false information, with a community member, Kyle Howard, suggesting the head of the town – an elected official – shouldn’t use social networks that indiscriminately:

“I think it causes more issues than fixing anything,” Howard was quoted as saying.

Kring reportedly declined an on-camera interview, and in response to WLNS’s piece, took to Facebook, sharing a picture of a van featuring the outlet’s logo alongside the words: “How dare someone have a personal opinion”.

Addressing those who “sent email(s) to ch. 6 news and that believe that my sharing of a meme incites violence”, Kring advised them to “do some other reading” attaching the image of the first lines of the Declaration of Independence.

In one of his earlier posts deemed as controversial and dating back to 12 September, the mayor shared an image reading:

Later on, on 13 November, days after the national presidential vote, the mayor posted a snapshot of wooden stocks  – an instrument for corporal  punishment common before the 19th century, captioning it  “Whitler’s next lockdown”.

“Whitler” is his Reductio ad Hitlerum pet nickname for Michigan Governor Gretchen Whitmer, who sparked a backlash from conservatives over her stringent COVID-19 lockdown measures earlier this year.

Further, on 23 November, Kring posted an image of a re-enactment of the American Revolution which was captioned as follows:

The image also included the URL to NationalGunRights.org  – a group that encourages its followers to “defend the 2nd Amendment from the frontlines. All day. Every day” and “no compromise”.

The official earlier drew scrutiny over his outspoken remarks on citizens’ right for a free choice regarding COVID-10 individual protective measures. At the time, he posted an image of a face mask, accompanying it with the line “this ends when we all say no”, WILX-TV reported.

When asked to comment on this, Kring stood by his statement insisting it’s up to people to decide whether to wear a mask or not. The exchange came as the number of COVID-19 cases rose in Eaton County, which Potterville, with a population of 2,703, is part of.