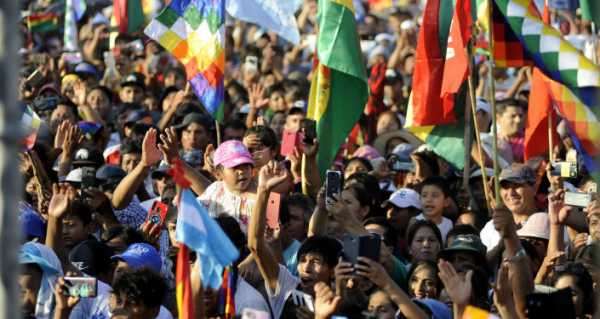 Bolivia’s interim President Jeanine Anez earlier acknowledged the victory of Luis Arce in the first round, as the polls showed him getting over half of the votes.

Luis Alberto Arce Catacora has been elected as Bolivia’s president, winning with 55 percent of the votes, the country’s Election Commission announced on Friday. His main opponent, centrist former President Carlos Mesa, received only 31.5 percent, according to the preliminary results.

Arce served twice as minister of the economy and public finance from 2006 to 2017 and in 2019, with a break due to his fight against kidney cancer, as he had to travel to Brazil for an operation and to recover.

He became a presidential candidate for the Movement for Socialism (MAS) party, which is headed by ex-President Evo Morales, who was ousted amid nationwide protests back in 2019.

However, earlier this week Arce confirmed that Morales would not hold any office in a MAS government.

The vote was expected to resolve the crisis that has engulfed the country since Morales stepped down in November of last year after a controversial presidential election sparked mass protests. Most of Bolivia’s senior officials also resigned in his wake, with clashes between Morales’ supporters and opponents becoming violent.