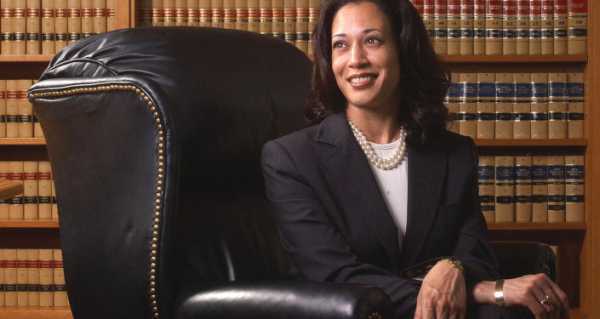 The GOP lawmaker has repeatedly drawn comparisons between a decision by then-senator for California, Kamala Harris, to support bailing out arrested Black Lives Matter demonstrators last spring, to Donald Trump’s words in the run-up to the deadly 6 January attack on the US capitol.

Senator Lindsey Graham (R-SC) has warned that the newly sworn-in vice president, Kamala Harris, may face impeachment if Republicans have the majority in the House following the 2022 midterm elections.

“If you use this model, I don’t know how Kamala Harris doesn’t get impeached if the Republicans take over the House, because she actually bailed out rioters and one of the rioters went back to the streets and broke somebody’s head open,” the South Carolina Republican said, referring to Harris’ decision to support bailing out Black Lives Matter demonstrators who had been arrested last spring in the wave of protests triggered by the death of an African American man George Floyd at the hands of white police officers in May 2020.

Ahead of the 13 February Senate proceedings, Graham called the process unconstitutional because Trump is no longer in office.

He also argued that Trump’s remarks at the 6 January Stop the Steal rally on the White House lawn ahead of the riot at the Capitol building were protected as free speech under the First Amendment to the US Constitution. In an early February interview with Fox News, Graham made the same comparison to Harris and her support for bailing out Black Lives Matter demonstrators, as she posted a link to the fundraiser with a call to “chip in”.

“What more could you do to incite future violence than to pay the bail of the people who broke up the shops and beat up the cops,” Graham said in the aforementioned interview.

The fifth day of the trial, 57 Senators voted on Saturday to support the impeachment article accusing Trump of “incitement of insurrection” for his encouragment of the deadly 6 January Capitol riot, while 43 senators rejected the accusation, thereby granting Trump acquittal.

For Trump to have been convicted in the Senate, at least 17 Republicans would have had to throw their weight behind the impeachment article.

Among the GOP senators who backed convicting Trump were Susan Collins of Maine, Bill Cassidy of Louisiana, Pat Toomey of Pennsylvania, Mitt Romney of Utah, and several others.