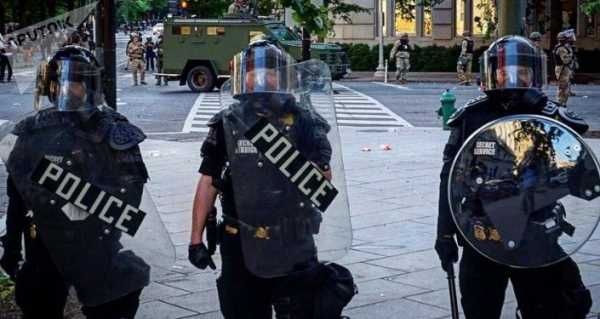 A surge in violent crimes in the cities that slashed their funding for police departments is hardly surprising, says Maria Haberfeld, director of the NYPD police studies programme at New York’s John Jay College of Criminal Justice, denouncing the “defund the police” campaign as a tremendously dangerous step.

Although some funding cuts were already planned as a result of the COVID-19 pandemic, the nationwide protests over the death of an African American man, George Floyd, in police custody are largely credited for triggering the campaign to defund the police. As a result of spending reductions, some law enforcement departments have had to lay off staff, cancel recruitment sessions, or scale back their hiring targets. The number of homicides, aggravated assaults, and gun assaults have increased dramatically in those jurisdictions that resorted to defunding the police.

This is a tremendously dangerous step that municipalities are taking as far as security of the cities is concerned, according to the professor.

“Crime is there and different types of violent crime in the United States are constant due to the illegal guns, due to the nature of the society here, that is really very violent”, she underscores. While it is almost impossible to eliminate crime altogether one can mitigate it substantially by instrumentalising the police force, Haberfeld notes citing various criminological theories.

The first challenge faced by those slashing police department budgets is “the lack of effective response time”, the academic says, explaining that “the way that police work is really measured in how quickly they respond to a call for service, how quickly they arrest people who are responsible for the crimes”.

It appears obvious that if a city has fewer police officers, if it doesn’t have the new influx of officers, the response time suffers, the supervisory power suffers because police officers retire, the professor points out. On the other hand, if one doesn’t have the influx of new officers, one will have problems with supervision and eventually it will also affect the morale of police officers and the internal dynamics in the department, according to Haberfeld. “So, it’s inside and outside that will suffer”, she emphasises.

Murders in New York City have soared 11.8 percent year-to-date as of 21 March, with 76 reported this year compared to the 68 in 2020, Tucker Carlson highlighted last week citing NYPD crime statistics. At the same time, since the initial police budget cuts in Minneapolis in July 2020, there have been 49 percent more homicides in the city. Similarly, murders are up 28.3 percent in Los Angeles as of 13 March 2021.

​Having noted that a month-by-month breakdown in crime statistics in Austin was not immediately available Fox News stressed that aggravated assault reports were up 26% as of March.

​Still, Portland appears to be leading the chart with homicides skyrocketing 270.6 percent between July 2020 and February 2021.

While in July 2020 USA Today cited black activists calling the “defund the police” campaign a once-in-a-lifetime opportunity to dramatically reshape law enforcement departments, in August 2020 Newsweek drew attention to a Gallup survey indicating that 81 percent of African Americans wanted the police to spend the same amount of or more time in their area. The pollster noted that “Black Americans’ reported exposure to local police is slightly above the national average, with 32 percent saying they see the police often or very often in their neighbourhood”.

For its part, NBC News admitted in March 2021 that although the death of George Floyd became the trigger point for the movement to “curb police power in America”, an uptick in violent crime in many cities “has served as a counterweight” making it difficult for some of the public to push ahead with the initiative and for some elected officials – to accept it.