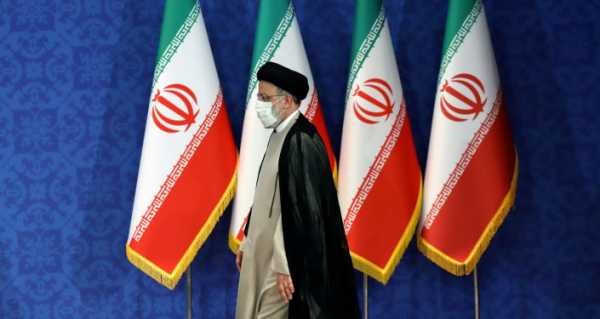 In a one-hour phone call with French President Emmanuel Macron, Raisi mentioned that the US has repeatedly violated the Joint Comprehensive Plan of Action (JCPOA), and accused three European parties to the international agreement of failing to comply with their obligations under the agreement.

He emphasized that both America and Europe must fulfill their commitments under the nuclear deal, and that in any negotiations, the rights and interests of Iranians must be protected.

In response, Macron congratulated Raisi on taking office and assured him that Europe was looking for solutions to the concerns raised by Raisi, as they hope negotiations will start again.

The French president recommended the continuation of talks between Tehran and Paris to improve bilateral relations at the end of the phone conversation.

Iran and the P5+1 group of countries (the United States, China, France, Russia, the United Kingdom – plus Germany) and the European Union signed the Joint Comprehensive Plan of Action in 2015.

The deal required Iran to scale back its nuclear program and drastically reduce its uranium reserves in exchange for sanctions relief, including lifting the arms embargo five years after the deal’s adoption. However, in 2018, the US abandoned its conciliatory stance toward Iran, withdrawing from the JCPOA and pushing hardline policies against Tehran, prompting Iran to abandon its obligations under the accord.

Since April 2021, Vienna has been hosting sessions of the JCPOA joint commission and informal meetings in different formats to prevent the Iran nuclear deal from falling apart after the US exit. The sixth round of the talks finished on June 20. Tehran said that negotiations should resume given that Raisi took office on August 5.