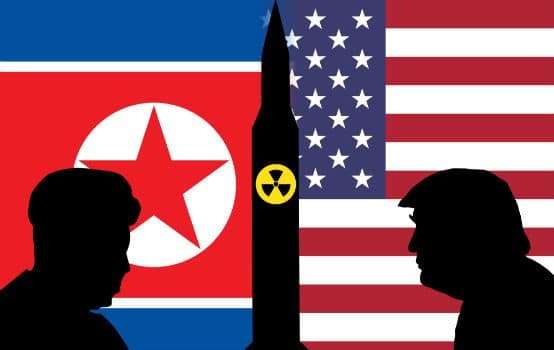 Over the last few days, the world has once again rediscovered what countless diplomats, scholars, and talking heads across the political spectrum have come to realize in the most painful of fashions: North Korea will always be North Korea.

History’s pages are littered with what appeared to be promising bouts of diplomacy only to be followed by heart-breaking failures that almost bring the world to the brink of war.

Such is the case when you are attempting to make a deal with the devil—or a nation that treats its population of 25 million as nothing more than slaves.

While it all seemed so promising—the idea that North Korean dictator Kim Jong-un would sit down for a summit with U.S. President Donald J. Trump—Pyongyang might now be having second thoughts. It seems, and quite unexpectedly, that they aren’t taking too kindly to the idea that they would have to give up their nuclear weapons in order to become a full-fledged member of the international community.

While I certainly have my doubts—there is a very real possibility that a U.S.-North Korea summit will not happen—both sides could still decide to press forward with a meeting in Singapore on June 12, in what would be the ultimate diplomatic Hail Mary. Diplomats from both sides could gamble that the pull of making history could help bridge the gap, and forge an agreement that sees the Kim regime at least slowly ridding itself of its nuclear arsenal.

I would argue that there is still a deal to be had that both sides could accept. There is also a very real possibility of a step-by-step approach, where the hermit kingdom gives away pieces of not only its atomic arsenal but also its chemical, biological, and missile programs in exchange for sanctions relief and economic aid. In fact, U.S. officials seem to be dropping hints that this could happen, testing the diplomatic waters in the media to see if it will stick.

The terms would be simple: North Korea gives up something, America and its allies give up something. This process would go on for a predetermined period, building trust as both sides make concession after concession, until North Korea no longer has weapons of mass destruction and has either limited greatly or dismantled its missile programs, while enjoying guaranteed security and a path towards economic revitalization. The Korean War would be formally concluded by a peace treaty. The DMZ would become a permanent tourist attraction, no longer manned by soldiers but by ticket booths and souvenir stands.

However, such a deal would have one catch: international inspectors would need to quantify Kim’s WMD and missile arsenal, be allowed to inspect any and all suspected sites—and have unfettered access to anywhere in North Korea they wish to go at any time.

Kim might have a real problem with that, especially if he has his own grand bargain in mind. He might instead stick to his tried and true playbook, pocketing concessions upfront only to string out negotiations for years, all the while hoping to build bigger and badder nuclear weapons and long-range missiles.

If that is the case, President Trump needs to give North Korea a one-word answer: no. Trump should shake Kim’s hand, leave the negotiating table, and head back home.

While it might cost the president the Nobel Prize he is surely seeking, he would be doing the world a service, for agreeing to a bad deal with North Korea is far worse than taking no deal at all.

The good news, if there is any, is that America has all the tools to apply its maximum pressure campaign for years—even decades—at very little cost.

While North Korea is clearly a nuclear threat, Washington has a history of dealing with and deterring nations that have such weapons and would seek to do us harm. In fact, we were able to contain and place the Soviet Union on the ash heap of history—a nation that had thousands of nuclear weapons and long-range missiles that could have turned America into an atomic parking lot many times over without firing a shot.

While our main instruments of foreign policy over the past two decades have been regime change and kinetic conflict, America is very good at using maximum pressure—we use to call it containment during the Cold War—to combat our international adversaries. We would be wise to re-read our own history.

I have a very simple solution when it comes to North Korea: if Pyongyang wants nuclear weapons, great, it can keep them—but the price could prove fatal.

The Kims would be labeled international pariahs for as long as they keep their weapons, forever ensuring that the north will have an economy one third the state of Rhode Island’s that will remain impoverished, underdeveloped, and literally cut out of the global map. They might have nukes, but nothing else.

No nation can last like that forever. In fact, North Korea should be careful, as the outside world is penetrating its once remote villages and small towns ever more frequently. The average North Korean is starting to realize that they don’t live in the communist paradise the Kim family assures them they do. While it might not happen now or even a decade from now, history tells us that tin-pot dictators can only put down the march of freedom for so long. And with North Korea possibly on the verge of financial ruin, Kim should make his next move very carefully.

Harry J. Kazianis (@grecianformula) is director of defense studies at the Center for the National Interest and executive editor of its publishing arm The National Interest. Previously, he led the foreign policy communications efforts of the Heritage Foundation, and served as editor-in-chief of The Diplomat and as a fellow at CSIS:PACNET. The views expressed are his own.