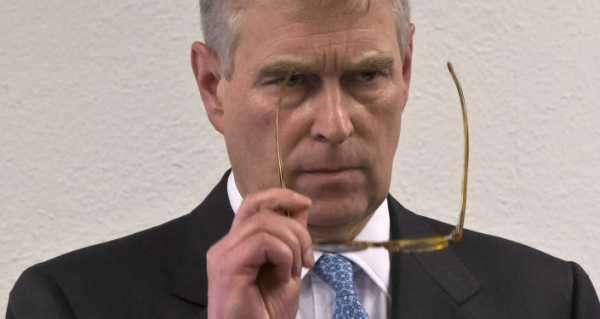 The royal has been the subject of constant criticism since the Jeffrey Epstein sex scandal broke out. One of the financier’s alleged victims claims she was forced to have sex with the Duke of York on at least three occasion, including one when she was a minor.

Prince Andrew has faced calls for his honorary military titles to be removed amid news that Prince Harry will no longer retain his as he will no longer be a working member of the royal family. Royal author and historian Kate Williams has reignited the debate on the Duke of York after she posted a statement on Twitter asking whether there is any news on the issue.

​Her post received a torrent of comments and 14,000 likes, with users saying that Prince Andrew should be punished for his alleged role in the Jeffrey Epstein sex scandal.

​Some contended that the royal should have relinquished his titles as he stepped back from his royal duties.

​Other users mentioned that Andrew fought in the 1982 Falklands War between Argentina and the UK. Britain lost 255 soldiers in the brief conflict.

​Still others contended that it’s time that the United Kingdom becomes a republic.

​The Duke of York has been the subject of constant criticism since Jeffrey Epstein was arrested in July of 2019 on charges of running a sex trafficking network. Virginia Giuffre (nee Roberts), one of Epstein’s alleged victims, has for years claimed that she was forced to have sex with the royal on at least three occasions, including when she was just 17. After Epstein’s arrest, Prince Andrew’s story received wide attention.

Facing a barrage of criticism, the royal gave an interview to the BBC where he tried to explain his ties with the disgraced financier, who was accused by dozens of women of sexual assault and rape. However, he became a pariah as a result of the interview.

Among other things, the Duke said he didn’t regret being friends with the disgraced billionaire, noting that the friendship had some “beneficial outcomes” for his career in trade, while he failed to express sympathy for Epstein’s purported victims. The royal admitted that he had visited Epstein’s numerous mansions and a private island, as well as flown on his private jet, where the financier allegedly abused and raped his victims, but said he didn’t notice any inappropriate behaviour.

As for allegations made against him by Virginia Giuffre, the Duke of York claimed he has an alibi and said he has no recollection of meeting Giuffre, despite there being at least one photo showing the prince together with Giuffre and Epstein’s ex-girlfriend and purported accomplice Ghislaine Maxwell.

The interview caused even a stronger backlash, prompting the prince to step down from his royal duties. Major companies and banks distanced themselves from the royal’s project [email protected], while charities ditched him as their patron.