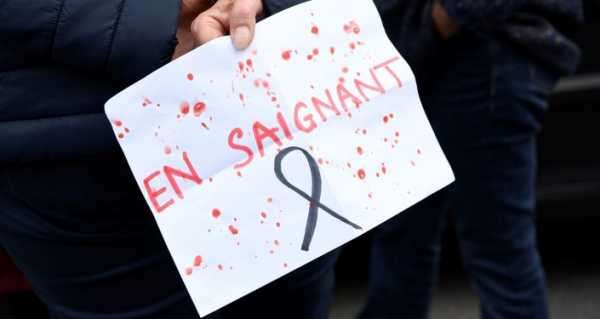 The information was later confirmed to the channel by Education Minister Jean-Michel Blanquer.

The time and location for the ceremony have not yet been determined. It will be organised in consultation with the victim’s family, BFMTV reported.

Flowers at the Bois d’Aulne college are seen after the attack in the Paris suburb of Conflans St Honorine, France, October 17, 2020.

Reports emerged on Friday night that a teacher had been decapitated in the outskirts of Paris. Police chased down and shot to death the main suspect, a Moscow-born Chechen teenager. The victim reportedly taught freedom of speech and showed caricatures depicting the Islamic prophet Muhammad to his students.