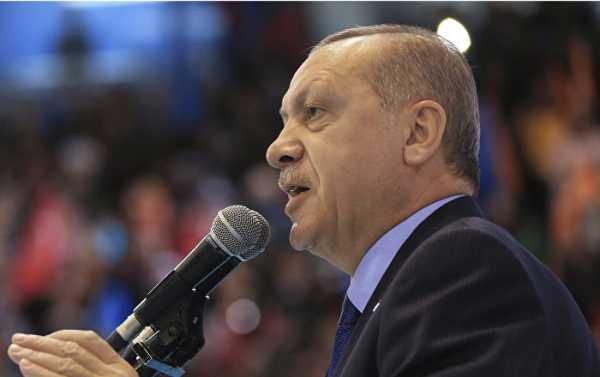 His remark comes amid recent violent protests in the Gaza Strip that have seen some 60 Palestinians killed and more than 2,400 injured as a result.

The status of Jerusalem is a “red line” for the Muslim world, Turkish President Tayyip Erdogan said after an emergency summit of the Organization of Islamic Cooperation (OIC) in Istanbul.

His statement came after this week’s protests in the Gaza Strip, which broke out amid the 70th anniversary of state of Israel and the transfer of the US Embassy from Tel Aviv to Jerusalem.

“Today we held a highly important meeting in terms of supporting the Palestinians and sending a signal to Israel. In our resolution, we emphasized that Jerusalem is our ‘red line’. We do not recognize the US decision to transfer the embassy there; American policy encourages Israel even more. The US leadership has punished the Palestinians, whereas Israel, which violates international law, has been rewarded,” Erdogan said at a press conference.

The politician also noted that former US President George W. Bush was a Republican, like the current president, Donald Trump, but he supported both Israel and Palestine. “Look, what a difference we are witnessing now,” Erdogan said.

He also called on the international community to officially recognize East Jerusalem as the capital of Palestine and launch an “investigation into Israel’s crimes.”

A total of 60 Palestinians have been killed and more than 2,400 injured during the clashes with Israeli Defense Forces since Monday as the Great March of Return turned violent following the US Embassy’s relocation from Tel Aviv to Jerusalem.

In wake of the violence, Erdogan said that Ankara had decided to recall its ambassadors in Tel Aviv and Washington for consultations, having accused Israel of “state terror” and “genocide,” as well as expelling the Israeli ambassador, Eitan Naeh.