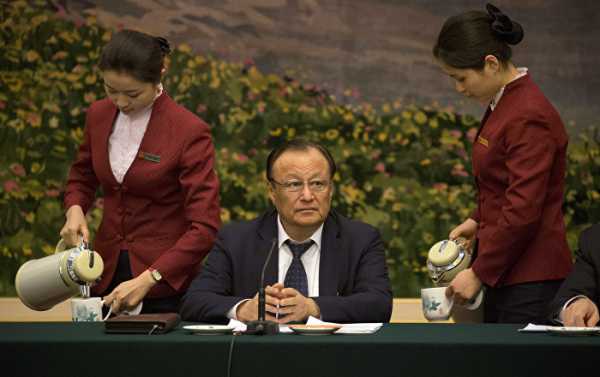 State-owned broadcasting networks in China pulled the plug on a BBC program when the topic turned to claims that an estimated million Muslim ethnic Uyghurs are currently being detained in so-called reeducation camps in the nation’s far northwest territories.

A BBC program airing in mainland China found itself suddenly shut off as it reported on the alleged widespread use of detention camps in Xinjiang province, in the far northwestern reaches of Asia’s largest nation.

BBC China correspondent Stephen McDonell noted that an on-air discussion of the issue on the UK-based network the previous day resulted in the same outcome, as the feed suddenly went black, according to The Independent.

Beijing has found itself under increasing scrutiny, particularly from the administration of Turkish President Recep Tayyip Erdogan, for its self-described vocational training centers that are claimed by Chinese officials to be aimed at limiting what they term religious extremism, as well as terrorism in the region, according to The Independent.

As McDonell speaks of the visit between the two leaders his voiceover intones: “One thing [Riyadh’s Salman] might be expected by some in Muslim countries to raise would be the question of the camps in the far west of China. There’s up to…”, at which point the screen goes black.

McDonell documented the moment in a tweet: “Here’s the moment China’s censors pull the BBC World TV feed this morning as I’m speaking about the visiting crown prince of Saudi Arabia and the possibility of him raising the mass extrajudicial detention camps holding many hundreds of thousands of ethnic Uyghurs,” cited by Independent.co.uk.

​A replay of the same program one hour later — over the same state-controlled network — ran without incident, however.