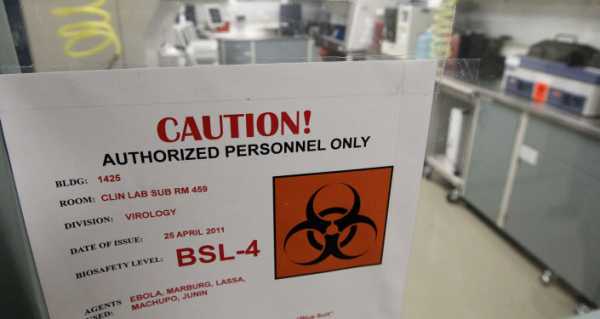 Chinese scientists sequenced the genome of SARS-CoV-2 in early January 2020 and by March of that year had “irrefutably” concluded the virus was not of human design. Since then, the goalposts have shifted repeatedly in an attempt to keep laboratory escape a viable theory, despite no evidence to support the continued supposition.

Amid a flurry of statements by US health figures suggesting a deeper probe of the Wuhan Institute of Virology is warranted as part of the hunt for the origins of SARS-CoV-2, the virus that causes COVID-19, China’s state media has shot back, suggesting that the top US biolab at Fort Detrick should also be investigated.

“Since 2019, the Fort Detrick biolab has shown many signs worthy of attention, and should be included in the first group of targets for investigation. In addition, the US has also built an astonishing number of biolabs in Asia, and investigating them is an urgent project that must be added in the COVID-19 origins-tracing,” the editorial notes.

US Biolab Has Leaked Before

Based in northern Maryland, Fort Detrick was once the center of the Pentagon’s bioweapons program and today houses several agencies focused on biodefense and research into some of the world’s deadliest diseases, including smallpox, anthrax, and viral hemorrhagic fevers like ebola.

In addition, the FBI’s prime suspect for the 2001 anthrax attacks that followed the September 11 terrorist attacks and killed five people, Bruce Ivins, was a senior biodefense researcher at Fort Detrick. The FBI never charged Ivins before his apparent suicide in 2008, but after his death the bureau released a report on their investigation showing Ivins had stolen the anthrax spores from Fort Detrick.

In late March, the World Health Organization (WHO) released a report on its international trip to Wuhan to share data on COVID-19 in an attempt to better pinpoint the origins of the coronavirus that has killed nearly 3.5 million people since late 2019. Of the four possible origins the team looked at, a leak from the Wuhan virology lab was judged the least likely, although the scientists did not entirely dismiss it since they couldn’t disprove it. They suggested a zoonotic source was more likely, and also floated a fifth possibility: that it was brought to Wuhan by military athletes in the city for international games the October before the outbreak began.

However, their report has done little to blunt the unfounded accusations that SARS-CoV-2 escaped from the lab, either as a bioweapon created by Chinese scientists or as a virus under research that the Chinese government had kept secret.

The WHO scientists have rejected claims that they lacked adequate access to the Wuhan biolab’s data, noting the US would never allow the kind of access to its own research that it has demanded of the Chinese.

US Experts Second-Guess WHO

More recently, US Health and Human Services Secretary Xavier Becerra on Tuesday called for the WHO to begin a deeper investigation of COVID-19’s origins, saying it “must be launched with terms of reference that are transparent, science-based, and give international experts the independence to fully assess the source of the virus and the early days of the outbreak.”

The day prior, Dr. Anthony Fauci, the director of the National Institute of Allergy and Infectious Diseases (NIAID) at the US National Institutes for Health (NIH), told a forum at the Poynter Institute he was “not convinced” that SARS-CoV-2 has a natural origin.

President Donald Trump listens as Dr. Anthony Fauci, director of the National Institute of Allergy and Infectious Diseases, speaks about the coronavirus in the James Brady Press Briefing Room of the White House, Wednesday, April 22, 2020, in Washington

However, Fauci’s words were not spoken in a vacuum. On Sunday, the Wall Street Journal, which has long given a platform to the “lab leak” theory’s proponents, published a story citing “a previously undisclosed US intelligence report” and “a State Department fact sheet, issued during the final days of the Trump administration,” claiming that in November 2019, three researchers at the Wuhan virology lab checked into a hospital “with symptoms consistent with both Covid-19 and common seasonal illness.”

“There were occasional illnesses because that’s normal,” she said. “There was nothing that stood out.”

She further noted that the Chinese researchers tested negative for COVID-19 – a point Chinese Foreign Ministry spokesperson Zhao Lijian reiterated in Monday comments to the press.

“[T]he majority of elements do not believe there is sufficient information to assess one to be more likely than the other,” Biden added.

All materials on this site are taken from open sources - have a link back to the material on the Internet or sent by visitors to the site and are provided for informational purposes only. Rights to the materials belong to their owners. Administration of the site is not responsible for the content of the material. If you found materials on our website that violate copyrights belonging to you, your company or organization, please let us know.
Contact us: 1[email protected]