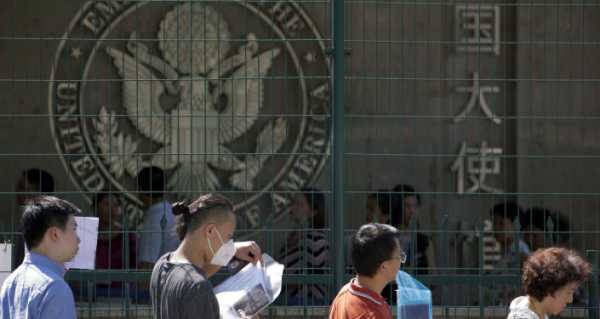 The spokesman noted that under Pompeo the US visa policy has become weaponised as Washington is  constantly using it to pressure Chinese officials, citing the issues of Hong Kong, Xinjiang and Tibet.

US Secretary of State Mike Pompeo announced on Monday new visa restrictions on Chinese officials suspected of being involved in the persecution of a wide array of people, including political dissidents, ethnic minorities and religious figures.

Washington has been sanctioning China accusing it of persecuting Uyghur and other Muslim minorities as well as human rights violations in Tibet and Xinjiang and undermining Hong Kong’s political freedoms. Beijing refutes these accusations, describing them as outside meddling.