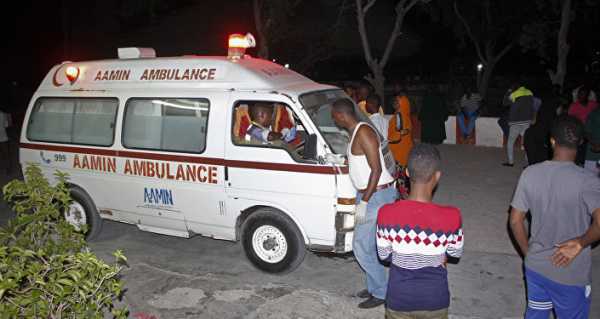 MOSCOW (Sputnik) – A powerful car bomb explosion close to the presidential palace in Mogadishu, Somalia on Saturday morning may have led to many casualties, the news outlet Garowe Online reported.

According to Garowe Online, the blast hit the Sayidka junction on the main road towards the palace. The news outlet also reported that the explosion occurred at 9:00 a.m. local time (06:00 GMT) and was followed by gunfire. At the moment, no further details have been provided.

No group has claimed responsibility for the attack so far.

Commenting on the incident, government spokesperson Mohamed Ibrahim Moalimuu said the suicide attacker was killed by soldiers, and no one died except for the perpetrator, noting that 6 Somalis were injured by the blast.

Two weeks ago, the capital of the African country was targeted by a suicide car bombing and gunfire attack that claimed at least 17 people. The Al-Shabaab radical Islamist group affiliated with al-Qaeda* claimed responsibility for that assault.