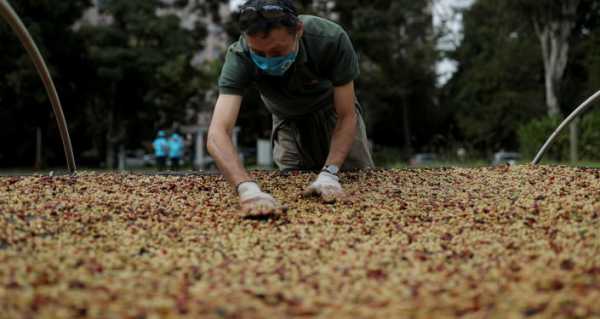 As Brazil grapples with the aftermath of record-low rainfall, the country’s water crisis may begin threatening the global supply of products like coffee, corn, and oranges.

Pinheiro’s 53-hectare (131-acre) plantation of arabica-coffee crops received less than half the water necessary in the past season, which runs from November through March.

Even prior to Brazil’s record-low rainfall, scientists and activists in the country were sounding the alarm over the environmental dangers of deforestation.

Recent analysis by the Monitoring of the Andean Amazon Project details some 430,000 acres of the Amazon Rainforest have been cleared in 2021.

Brazilian President Jair Bolsonaro, who has been widely criticized for his approach to environmental concerns, stated on May 11 that Brazil has been “unlucky” when it comes to rainfall.