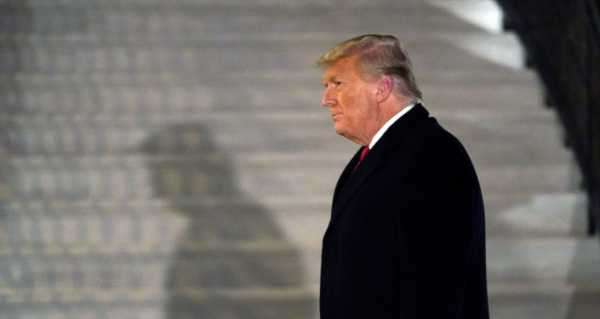 Following the US Capitol siege on January 6, Donald Trump was excoriated by both Democrats and Republicans, with lawmakers initiating a retroactive impeachment against the former president – the second one for him.

US President Joe Biden does not think that his predecessor Donald Trump should have access to US intelligence briefings.

In an interview with CBS News that aired Friday, Biden claimed that Trump cannot be granted access to intel briefings “because of his erratic behavior unrelated to the insurrection.”

Asked about his worst fear if Trump continues to receive intelligence briefings, Biden reiterated his claim that Trump poses an “existential threat” and is still “dangerous.”

​Earlier this week, the White House said its national security team was undertaking a review to decide if Trump can continue to receive updates on intelligence upon leaving office amid concerns he may allegedly misuse it. Several Democrats have also claimed, citing media reports of his businesses’ unpaid debts, that Trump cannot be trusted with such sensitive information.

On January 13, on charges of inciting violence, the House impeached Trump with 232 votes in favor and 197 against. An article on Trump’s impeachment was signed by House Speaker Nancy Pelosi, and the paper is scheduled to be submitted to the Senate on February 9 to launch the trial process of the former president. If convicted, the Senate might hold a separate vote on banning him from ever holding public office again.