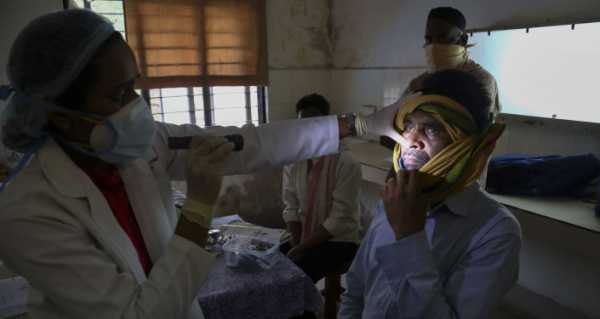 Just like black fungus, aspergillosis has also been found in people who have recently recovered from COVID-19.

As rising cases of black, white, and yellow fungus are reported in India, a new fungal infection called aspergillosis has now been detected in several parts of the country. The city of Vadodara has reported eight new cases of aspergillosis as well as several black fungus infections. All of the infected have been hospitalised.

Both COVID-positive patients and those who have recovered from the virus in Mumbai and Ghaziabad have been infected with aspergillosis.

Aspergillosis is an infection caused by aspergillus, an allergic reaction, or fungal growth of a common mould that exists indoors and outdoors.

According to experts, the fungus – which grows on dead leaves and decaying vegetation – is commonly found in our environment and most of us breathe in its spores every day without getting sick.

However, contracting the illness is very rare. Media reports say that those with weakened immune systems or lung diseases, both common in COVID-19 patients, are at a high risk of infection.

Sinus pulmonary aspergillosis, which has been recorded in COVID patients in India, is rare although it is not as deadly as black fungus, say experts.

“The only thing is, normally such incidents are very low. Since a large part of the population got serious COVID-19 infection and had to be treated with steroids, we are seeing this opportunist fungus in people whose immunity has been seriously compromised,” he added.

‘Aspergillosis is Not Contagious’

According to the US Centre for Disease Control and Prevention (CDC), aspergillus can cause allergic reactions, lung infections, and infections in other organs.

However, the symptoms of invasive aspergillosis in the lungs are a fever, chest pain, coughing, coughing up blood, and shortness of breath. But other symptoms can develop if the infection spreads from the lungs to other parts of the body.

Dr. Trehan explained that aspergillosis can be treated with anti-fungal medicine Amphotericin.