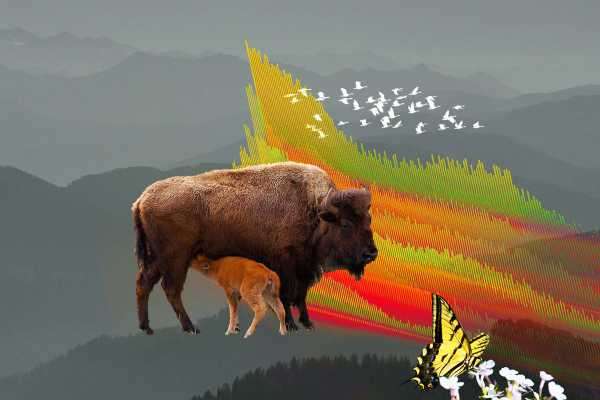 That’s how much of the world’s total economic output is dependent on animals and ecosystems, according to the World Economic Forum. Insects pollinate commercial crops, coral reefs protect coastal buildings, wetlands purify water, and all of those services — and more — help fuel economic growth.

If the economy is embedded in nature, then the global decline of wildlife and ecosystems is a risk for companies and investors alike. If insects vanish from farmland, say, farmers might have to pay to import pollinators or produce less, which hurts their bottom lines. That’s one reason why WEF ranks “biodiversity loss” as the third most severe risk to the economy over the next decade, after failure to act on climate change and extreme weather.

“The risk of continued biodiversity loss is profound,” Sarah Kapnick, a scientist and strategist at the banking giant JP Morgan, wrote in May, “not just for nature but for financial stability.”

In the last few years, the financial industry has been wising up to these risks. Along with banks and insurers, large investors have started pushing companies to disclose risks linked to the natural environment — known as nature-related risks — that might make their investments lose value over time. And in March, a group called the Taskforce on Nature-related Financial

This movement around risk

But today, efforts to quantify what companies have to lose as the environment deteriorates are a mess. There are dozens of metrics, tools, and frameworks, each with their own forgettable acronym. Tools to measure how companies impact nature are confusing, too — as are the variety of different standards for disclosing risk, even to experts in sustainable finance.

That’s not to say that this frontier of sustainable investing won’t be groundbreaking, or at least better than what’s already out there. But there’s a lot of work to be done, both around unifying reporting standards and measuring risk. It starts with answering a seemingly basic question: How do ecosystems work?

The many economic risks tied to the natural world, and its decline

Factoring environmental risk into investment decisions sounds smart, but actually doing it is a bit of a doozy — not least because there are several different kinds of risk and each one is tough to measure.

First, consider something called physical risk. It describes how dependent a given company and its investors are on services provided by nature, such as clean water and pollinators. A company that sells chocolate, for example, would almost certainly rely on wild insects for pollination in its supply chain (cacao plants are wholly dependent on them). It would also depend on fresh water and tools to manage pests — those are all physical risks, when you consider that ecosystems are faltering.

This isn’t just a hypothetical scenario. Three-quarters of the world’s food crops (and a third of global crop production) depend to some extent on pollination from birds, bees, and many other insects and small animals. And some insect populations have fallen by more than 70 percent in just a few decades. In fact, there are farmers in California who already pay to import bees because there aren’t enough local pollinators. That could eat into investor returns. 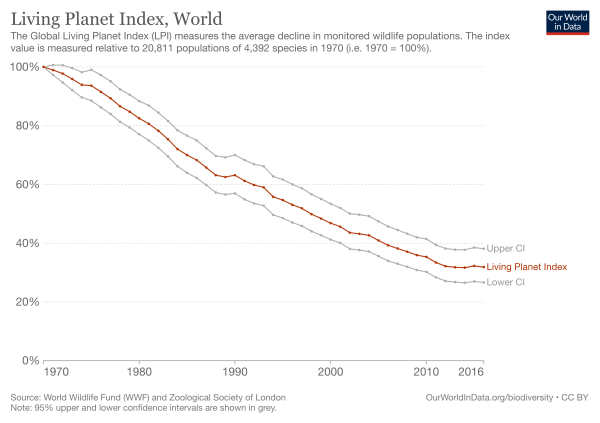 There are also risks rooted in the impacts that companies have on nature — essentially, the opposite of what we’ve been talking about. Most obviously, harming the environment can damage a corporation’s reputation, which is closely tied to its share price. Investors and banks may be less likely to back a company that sells palm oil from clearcut land, for example, for fear the public might find out and send the company’s stock tumbling.

There’s also a related concern called transition risk — the potential hit a company and its investors might take due to a future change in policy or consumer behavior. Consider a business that mines lithium in a region with endangered flamingos. If, in a few months time, the government decides to protect that particular area, the company might be forced to move its operations elsewhere and it would likely lose money as a result.

These risks are all hard to calculate. That’s partly because cultural and political sentiments are constantly in flux, and because scientists still don’t understand precisely how ecosystems work, or how to predict when they’ll change.

Tools to measure and report risks abound. Do they work?

Financial institutions that earnestly want to calculate biodiversity risks have a smorgasbord of acronym-laden options to choose from. There are tools, for example, that measure physical risks, such as ENCORE (Exploring Natural Capital Opportunities, Risks, and Exposure), or that assess a company’s impact on nature, including CBF (Corporate Biodiversity Footprint) and BFFI (Biodiversity Footprint for Financial Institutions). Others provide companies with a framework — and vocabulary — for reporting on risks and impacts, such as GRI (Global Reporting Initiative), SBT (Science Based Targets), and the recently launched TNFD (Taskforce on Nature-related Financial

It can be hard to tell one from another, but in general these tools are designed to measure nature-related risks or provide a way to disclose them. They fall under the loosely defined category of ESG, a set of criteria to screen investments for risks related to the environment, social issues, or corporate governance (hence the acronym ESG), but they focus more narrowly on nature. And while ESG is relevant to retail investors, such as employees selecting funds for a retirement account, these risk tools are more for corporations, institutional investors, and other financial-industry heavyweights. (Unlike many ESG funds, they also factor in how companies are impacting the environment, not just how the environment impacts companies.)

If you can’t remember all the acronyms, at least remember this: These tools are far from perfect, largely for the simple reason that ecosystems are complicated, said Partha Dasgupta, an economist at Cambridge University, who wrote a well-known report in 2021 on the economics of biodiversity. We still don’t understand, for example, why exactly insect pollinators are declining or how different species contribute to ecosystem services that companies use.

Think about how the interworkings of an ecosystem compare to the technology of a car, Dasgupta said. Car manufacturers want engineers who understand how to turn raw materials into an automobile: “They’ll be able to tell you all the steps you need to take and the risks involved,” he said, from shaping metal sheets to painting the exterior. “They keep spare parts because if something breaks down they can immediately replace it. They understand the technology. The thing is, we don’t understand the technology of nature.” 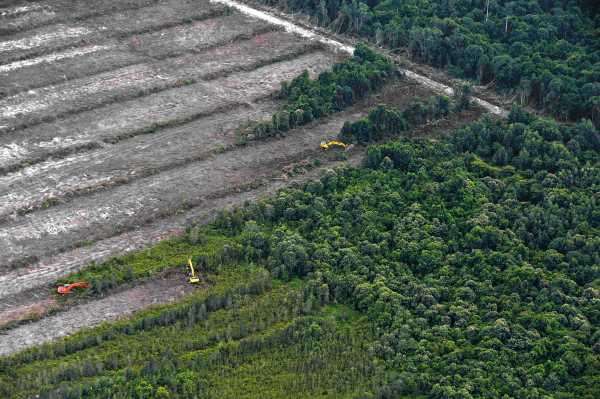 Measuring a company’s impact on nature, and the related financial risks, isn’t much easier. It’s not like climate change, where you can stack up companies by their annual carbon emissions. “Within climate change, there’s a set accounting methodology for coming up with your greenhouse gas emissions,” said Julie Nash, the senior program director for foods and forests at the nonprofit Ceres. “It’s much harder with biodiversity to have that one single metric.”

Indeed, biodiversity is a broad term that includes all ecosystems, on land and at sea, from boreal forests to coral reefs. Each has its own assemblage of organisms. And each organism has a different function. So, when you measure biodiversity — as a means to understand financial risk — what exactly do you measure, and how? The number of species in a given area? What specific roles they play in their environment? Scientists have debated these questions for years. 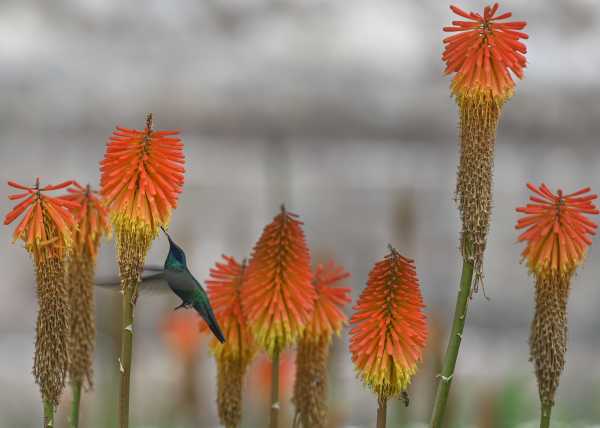 Even more foundational questions lack answers, such as how many species there are on Earth. Without that information, we don’t know exactly what there is to lose.

All this work will be tedious. But it could help make a greener economy

So, where does that leave us? Financial institutions have a lot of work on their plates — they need to come up with better metrics and consolidate the myriad reporting tools already out there. But experts are optimistic.

“I think it’s going to be a mess for a while,” Aled Jones, a professor of sustainable finance at Anglia Ruskin University, told Vox. “But we will make progress on

It’s worth remembering that just 10 years back, hardly anyone was comparing companies by their greenhouse gas footprints, but now that information is readily available.

“Let’s not forget that 10 to 15 years ago no one in business was talking about scope 1, 2, and 3 emissions,” said Tony Goldner, the executive director of TNFD, referring to three ways to categorize climate emissions from companies (writer David Roberts does a good job at explaining scope emissions here). “There’s a whole process the market has gone through to get off the curb on climate, which we’re now going to need to do on nature.”

To that end, Dasgupta and others see a rising demand for the types of thinkers who can help solve risk assessment problems. “Treasuries and ministries and companies have to hire ecologists,” Dasgupta said, adding that they’d be unwise not to. “It’d be like a car manufacturer who doesn’t have any engineers. It’s absurd.”

While all this risk calculation seems very tedious — and to some it may seem ludicrous to put ecosystems and wildlife in financial terms at all — it’s important to come back to the main goal: “Ultimately, we aim to shift the flow of capital,” Goldner said, to companies that are less harmful to the environment.

And it’s fun to think about what that might actually look like. Imagine that the US government requires that all public companies disclose their environmental risks. So, our hypothetical chocolate company would have to indicate how, for example, changes to wild insect populations would affect its products, and how its products would, in turn, impact insects.

Investors and lenders might then expect a larger return, in line with the added risk they’re taking on. As the company faces higher costs of capital, they may respond in ways that reduce nature-related risks to attract investment, such as switching to less harmful pesticides. If drought is also a problem for the company, perhaps it’ll lobby for climate action to protect its own assets.

Okay, so maybe there’s a bit of wishful thinking in this scenario — it’s not easy to reform the economy, and just disclosing risks doesn’t mean companies or investors will do anything differently. But efforts like TNFD’s are a good place to start. And if nothing else, they’ll help us learn more about the world we live in, and how seemingly distant ecosystems and animals are holding up a large chunk of the world’s economy. For now.