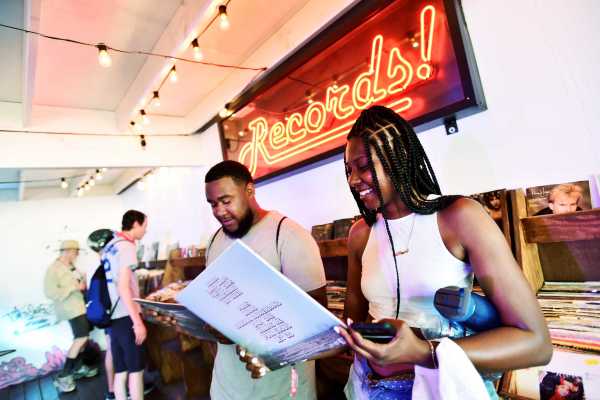 The enduring allure of retro tech

Haven’t given up your DVDs? You’re not alone.

Share
All sharing options for:
The enduring allure of retro tech

Neil Barratt has about 50 Walkmans. They’re varied in shape and size and color; some could fit in the palm of your hand and others are a little clunky, hard to imagine putting in your pocket. He bought most at estate sales or in charity shops or off eBay — often in need of repair, which he does in his spare time. About half are up and running, relics from the 1980s and 1990s, revived into utility. (Some, it should be said, stood the test of time on their own.) Barratt, 48, often pops a cassette tape into one and goes for a stroll around Crewe, the town in England where he lives. Sometimes, he said, he gets funny looks; he’s even been approached for a photograph in one of the local pubs. “I don’t know, maybe they’re going to put it on Twitter,” he said, laughing.

For Barratt, the Walkman is the apex of music-listening. He likes the sound of tapes, compared with that of digital music. He likes the aesthetics, which remind him of the 1980s when he was young. “There’s a nostalgic element, of course,” he said. But perhaps most crucially, he said, he likes the tactile element. In tape form, music is a tangible thing he can own. “Our digital overlords don’t want us to own anything anymore,” he said. “It’s often said that if you use iTunes, you don’t really own anything. I’ve got tapes from when I was 10 years old, and they’re mine.” So too are the Walkmans — physical and touchable and occasionally challenging — which are for Barratt a continual source of delight.

Strangely, cassette players are having a bit of a resurrection. In 2017, cassette tape sales in the US increased 136 percent, and in 2018 they rose another 19 percent. The country’s largest tape manufacturer experienced a materials shortage. Artists like Kylie Minogue and Ariana Grande and Billie Eilish are releasing tapes. Andy Pastuszak, from Philadelphia, told me that his 16-year-old son recently asked for a Walkman, because all his friends are into tapes. “This is a kid who born after the year 2000,” he said.

It’s not just cassettes. Vinyl has been exhumed in the past decade. Old red phone boxes in the UK are being refurbished to nostalgic effect. Tech companies are investing in “dumb phones” that only call and text. All the while, libraries of DVDs and CDs are still getting dragged from apartment to apartment, even when their players are starting to disappear from houses and cars.

This love of old stuff is growing, even as we throw out devices faster than ever. Electronic waste is the fastest-growing waste stream globally, and is expected to grow further, according to a 2017 United Nations report. Planned obsolescence — where companies design products to last only a few years, driving customers to toss devices and buy the latest model — encourages a culture of disposability. And yet, more and more objects are becoming magnets for nostalgia.

But why bring back something like the Walkman that’s generally assumed to be worse than its technological descendants? Paradoxically, it might be related to the sleekness of a software-dominated culture that has become increasingly anti-thing. As trends bend toward a sort of Marie-Kondo-style minimalism and things that used to be physical are increasingly digitized, some are yearning for yesterday’s junk. Ben Marks, general manager of Collectors’ Weekly, said, “I think there’s an interest in tangible goods in a way that there hadn’t been before we had so many digital goods.” 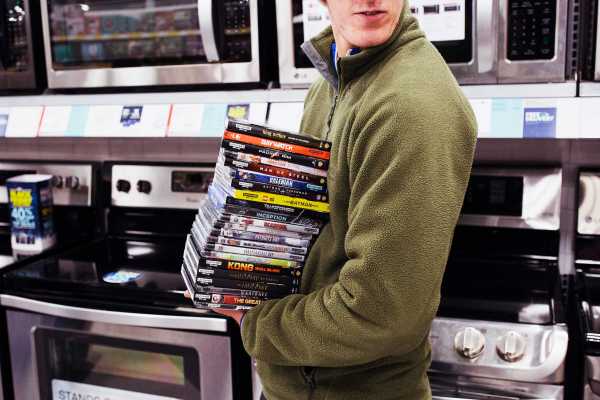 Maureen Sande, 40, still uses her DVD player at least six times a week. Like many old-tech enthusiasts, her reasons begin with the practical: Where she lives in Nairobi, the workout program she likes isn’t available on-demand, so she buys them as DVDs on Amazon. When friends come over, she says they’re astonished when they see her DVD player. “The first thing they always ask is, ‘Does it work?’ and then when they find out that it does work, they want to know if I use it,” she says. Their question isn’t unwarranted: Sales of Blu-ray discs and DVDs dropped about 50 percent between 2014 and 2018, and streaming subscription revenues surpassed physical sales of film and TV in 2016.

But there are also sentimental reasons why Sande has kept certain things. Though she has pared down her DVD collection mostly to the ones she uses, she still hangs on to her DVD sets of Friends and Sex in the City — objects that have been made mostly redundant by streaming but are touchstones of sorts for her. Indeed, Sande hung onto her VCR and about 12 VHS tapes when she got married and had to do away with some stuff. (Her husband felt, perhaps reasonably, that they could do without a VCR in 2017). “My VCR was one of my first adult purchases when I moved out of home, when I could afford to rent my own videotapes,” she said. So she kept it, and it didn’t matter that it wasn’t practical; the object had taken on a life of its own.

DVDs also relate to questions of ownership — that physical sense that Barratt was describing, of having something tangible to hold. They sometimes represent a library of personal taste. Rick Paulus, a DVD enthusiast who has maybe a couple dozen DVDs in his New York apartment, said that though he’s slowing down his collecting, he probably still buys one or two movies a year. “Those are the ones that hit me pretty hard, and I will watch over and over,” he said. “I have a core of maybe five or six movies that I’ve watched 10 or 20 times, and those are the ones that, if it broke or got lost, I’d buy a new one pretty quickly.”

The desire for ownership and control over content is often a driving factor for those who hang onto their music players, too. “I don’t think anyone even remembers the era of the Zune,” says Dave Thomas, 30. But he still has his. The Zune — a portable digital media player that was Microsoft’s belated answer to the iPod — was released in 2006 and discontinued just five years later. Thomas got his first Zune for Christmas in 2009, and when its hardware failed a few years ago, he took over his wife’s old one, which was sitting in a moving box. (Microsoft discontinued its support of the device, so he couldn’t just send it in to be repaired.)

The Zune is small and slim, and it contains years’ worth of his music, burned off CDs. “I think it would be silly to pay any extra money for music I already own,” he said. Ryan Lenz, 26, a teacher who still has an old-school iPod from 2012, said, “On some level, I like the fact that it still feels like something I own,” he said. “I have a CD collection and vinyl collection, which I can physically manipulate, and the music that’s in my phone, even if I’ve bought an album on iTunes, I don’t really feel that ownership.” 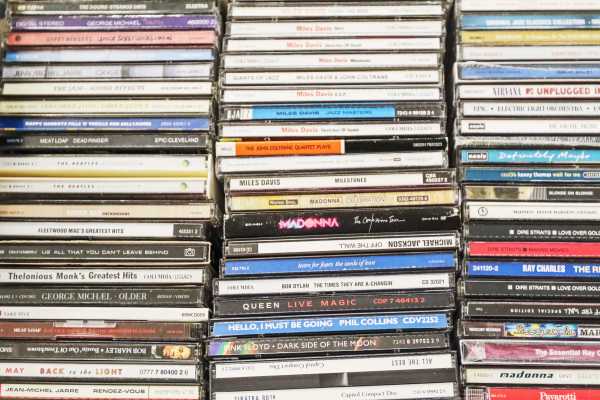 There’s something almost spiritual about this, too, a devotion to objects or a way of accessing something else through them. “Vinyl is an extreme example. It’s almost like church,” Paulus said. “You’re going through the motions, you open the case, you put the album in, you get the levels right, and you’re almost doing this summoning of an experience, as opposed to the necessity of an experience. You’re going through these motions that you don’t need to go through, and it brings you back, but also to a time when you probably didn’t really exist.”

The kind of ritualistic interaction with a physical object that Paulus describes contrasts with the seamlessness of digital life. The physical objects themselves are also unique; they deviate from the monotony of the sleek aesthetic that’s come to dominate the world. “I think a lot of people are maybe bored with the sameness of everything,” Marks, of Collectors’ Weekly, said. “The culture’s becoming more monochromatic in some respects. So I think that the advantage for people who are weary of that is that these objects are messier and a little more difficult to deal with.”

The difficulty can indeed be part of the fun, which is why a lot of old-tech enthusiasts are also hobbyists who enjoy repair. Marian Mihok — a repairman whom Barratt described as “legendary”— has fixed thousands of personal cassette players. He said he enjoys working with “many small moving parts, like gears, pulleys, and levers” and enjoys the tinkering. He works on personal cassette players pro bono and sells cheap parts at low prices, in part because he wants to make things last and encourage other enthusiasts. Often, he said, the players only need a new rubber belt. “They are able to operate even after 30 or 40 years,” he said. “It’s unbelievable quality when compared to the electronics of nowadays.”

Resurrected Walkmans, through durable design and the will of aficionados, have managed to outlast our relentless drive for the new. Barratt recently gave his goddaughter a Walkman after she completed an important series of high school exams. “I said to her, ‘I hope in 10 years’ time, you’ll still have this is your hand,” he said. “You won’t have that phone or the same tracks that are on it, but this will stay.”

Sophie Haigney is a reporter and critic who frequently writes about arts and technology. Her work has appeared in the New York Times, the New Yorker, and the Economist.