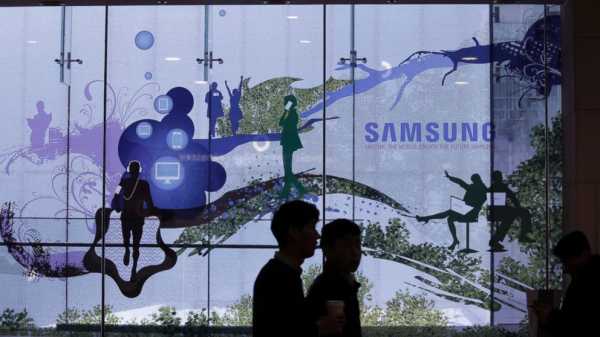 The craze for smartphones, social media and universal connectivity is generating immense wealth but also deep unease in South Korea, source of a large share of the computer chips that make them work.

But pressures are building as youth unemployment approaches 10 percent and many elderly Koreans scrimp and scavenge to get by.

Combined, Samsung and SK Hynix control about three quarters of the global market for DRAM semiconductors, used to devices that help gadgets and data centers run more programs and data faster. They hold about half the market for NANDs, which store pictures and other digital data.

In 2017, Samsung and SK Hynix had combined revenues totaling 270 trillion won ($251.5 billion), equivalent to about 17 percent of South Korea’s GDP.

The chip boom reflects South Korea’s success in adapting to changing times, but such a heavy reliance on one sector of the economy, which one economist likened to Saudi Arabia’s oil-driven wealth, is a mixed blessing.

“I see a huge risk. It’s not a time to be rejoicing over South Korea’s 3 percent growth,” Yoo Seung-min, an opposition lawmaker and economist said in an interview. “Except for the semiconductor illusion, there is nothing to be relieved about.”

Led by robust exports of computer chips, the South Korean economy in 2017 expanded at its fastest rate in three years and is forecast to grow 3 percent this year. But while the computer chips industry is thriving, the reality is less rosy for the rest of the country: youth unemployment was 9.9 percent in 2017, the highest rate since the country began compiling data under revised standards in 2000. Overall, the jobless rate is 3.7 percent, but almost half of South Koreans 65 and older live in poverty.

During the decades of fast growth after the 1950-53 Korean war, South Korea’s economy revolved around big, family-controlled industrial groups called chaebol. Industrial groups like Daewoo and Samsung enjoyed strong government and public support, backed by a belief that the wealth created by those big exporters would trickle down to the rest of society, creating jobs as demand rippled throughout the economy.

That formula worked, for the most part, in an era when automakers, shipbuilders, steel mills and other big industrial groups prospered, creating millions of stable jobs with solid ages and benefits.

Now, many of those older industries are in decline. Tens of thousands of jobs have been wiped out in painful restructuring, with still more likely to be eliminated.

“At night, the lights are off in this area,” said Kang Gi-seong, a union leader at Sungdong Shipbuilding & Marine Engineering Co., the last shipyard remaining after five others in Tongyeong shut down since the 2008 financial crisis.

“There is no more work left,” Kang said by phone.

For now, there seems to be no end in sight for the chipmakers’ record-breaking run.

Both Samsung and SK Hynix reported record high sales and profits in 2017 and are forecasting similar performances in 2018.

“As a person majoring in semiconductors, I feel lucky to have a future for my career,” said Min, who plans to get a master’s degree before seeking a job at a chip maker. “I feel bad to say this, but it must feel terrible to be majoring in architecture or shipbuilding.”

But even in the semiconductor sector, there’s no such thing as a sure thing. Technologies change, chip prices rise and fall and the industry itself has become increasingly automated, with investments increasingly going to equipment and technology rather than production-line workers.

The net increase of jobs among all semiconductor companies — Samsung Electronics, SK Hynix and 53 others listed in South Korean stock markets — was about 4,000 people during the first half of 2017, the Bank of Korea estimates. That includes hires by Samsung’s display business.

“Compared with the huge growth of revenues, the number of employees did not increase as much,” said Kang Taesu, an economist at Bank of Korea. “It is not a kind of industry that increases output by adding people.”

Already, growth of the global DRAM market is slowing. After hitting $72.2 billion in 2017, up from $41.5 billion the year before, it is forecast to grow to $84.4 billion this year, according to research firm IHS Markit.

Just as South Korean chipmakers raced to catch up with the Japanese and Taiwanese in the 1980s and 90s, Chinese foundries are maneuvering to win market share.

“The more lucrative the industry becomes, the higher the risks. Every player wants to join,” said Chung Chang Won, a tech analyst at Nomura. “The biggest risk is China.”

President Moon Jae-in took office in May 2017 promising to make jobs and higher wages his main economic focus. Job creation strategies include financial incentives to encourage young South Koreans to start their own companies. The government raised the minimum wage by 16 percent in 2017, to about $7 per hour with plans to increase it to $10 per hour by 2020.

Now is the time to plot out how South Korea will cope, says shipyard worker Kang.

“Some people, including those in the labor union, said 10 years ago that when the shipbuilding industry was doing well, that’s when it should prepare for a possible downturn,” he said. “The government didn’t listen to us then.”