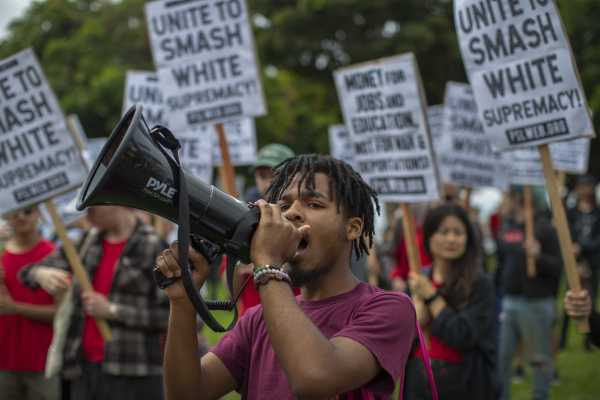 A collective of prominent tech leaders that calls itself Build Tech We Trust signed a letter Tuesday demanding that the tech industry stop the spread of hate and terrorism on digital platforms.

“We are a collective of tech CEOs, activists, changemakers, and workers who believe the time to act to counter the hate and terrorism is now,” stated the letter, which was signed by over 20 notable figures in the tech industry, including Ellen Pao, ReadySet CEO Y-Vonne Hutchinson, and Code2040 CEO Karla Monterroso.

The letter, published in full below, blames tech companies for amplifying violent ideologies on their platforms, specifically white supremacist beliefs. “Technology platforms promised us connection, access, and democracy but instead are radicalizing and fragmenting communities by providing an unprecedented ability to coordinate attacks and amplify hate,” the letter’s authors wrote. The letter goes on to cite recent shootings such as El Paso and Gilroy, stating, “[W]e are watching the entire country pay the price of unchecked white supremacy, hate, and violence that spread as a result of multiple tech platforms.”

Mass shootings, unfortunately, happened before social media platforms existed. But increasingly, shooters behind these events are engaging in and inspired by extremist discourse online. The El Paso, Texas, shooting was the third case in recent times where a mass shooter posted a violent screed on the fringe website 8chan shortly before opening fire. The Gilroy, California, shooter posted a white supremacist manifesto on Instagram. YouTube and Facebook have been accused of contributing to political polarization in the content they surface to audiences.

The letter stops short of prescribing any specific solutions, but it calls on technology companies to take more serious action and tech workers to rally around the cause.

In recent months, President Trump and other Republican leaders have accused social media companies of censoring conservative speech on their platforms (without any evidence) and threatened to take action against them for allegedly doing so. The letter cautions tech companies not to let such political pressure stop them from fighting hate speech.

So far, social media platforms have all promised to do a better job at policing hate speech. But their actions, critics say, are too few and far between. Today’s letter is an attempt to draw more tech leaders, researchers, and activists to join a growing chorus of voices calling for serious reform from within.

Here’s the full text of letter:

Technology platforms promised us connection, access, and democracy but instead are radicalizing and fragmenting communities by providing an unprecedented ability to coordinate attacks and amplify hate. Five years ago, when relentless harassment in the gamer community against three women game developers happened, underrepresented people sounded an alarm. People of color, the LGBTQIA+ community, and others warned and continue to warn us about how tech platforms are used to abuse, and how it keeps getting worse. In a time where mass shootings have become tragically more commonplace, the recent string of shootings in Gilroy, El Paso, and Dayton have shaken us to our core.

We are a collective of tech CEOs, activists, changemakers, and workers who believe the time to act to counter the hate and terrorism is now. We believe technology should improve the human experience and quality of life for everyone, and be held accountable when it causes harm. We believe technology has the power to transform our lives for the better, but only if we prioritize people over the gains for the few. Today, we invite you to join us in changing the way we build and use tech. We invite you to demand that we build tech we can trust.

White supremacist terrorism and violence, fueled by racism and misogyny, and empowered by technology, is on the rise. They’ve moved beyond their white robes and hoods to social media and public rallies where they radicalize and fund their growing membership. Our government leaders at the highest levels encourage and spread it. Our industry leaders enable and profit from it. Four of the five worst gun massacres in modern history have taken place over the past two years. Evidence shows that many of these shooters are inspired by white supremacist ideology and targeting marginalized people.

Almost all of the 22 victims of the El Paso shooting were Latinx, six of the nine killed in Dayton were Black. The Pulse Nightclub shooting targeted the Latinx LGBTQIA+ community, the Tree of Life shooting targeted Jewish people, the Charleston church massacre also targeted the Black community, and members of the Sikh faith were targeted in Oak Creek. Emboldened by xenophobic rhetoric and aided by tech platforms, government agencies like ICE are targeting the Latinx and undocumented communities, inflicting generational trauma onto vulnerable families and children.

The country is suffering in ways that will continue to haunt us well beyond this current moment. Whether it is motorcycle backfire in Times Square causing a stampede, or children afraid their immigrant parents will no longer be home upon their return from school — we are watching the entire country pay the price of unchecked white supremacy, hate, and violence that spread as a result of multiple tech platforms.

During this critical time, we must not conflate messages of white supremacy and attacks on marginalized communities with “freedom of speech,” “anti-conservative bias,” or “hearing all opinions.” We must be vigilant in recognizing and fighting real harm and fear that marginalized communities face. Freedom of speech does not exist if marginalized voices are digitally and physically attacked, threatened and doxxed for speaking up in the face of injustice. We must challenge the shortcomings of today’s largely monolithic, highly concentrated tech leadership and their failures to represent and protect the identities and voices of these communities.

We can do better.

We can be the generation of leaders that builds tech that restores humanity. We can be the architects of responsible tech. Tech that powers equity and justice for all. Tech we trust. We believe in ourselves, we believe in you, and we believe in those who are already taking action. Whether it be a walkout, refusing to build or buy tech that accelerates hate, calling out unfair anti-abuse policies that silence marginalized voices, especially of Black women, or continuing to demand answers from those in positions of power, the time to act is now.

In the words of Zora Neale Hurston, “If you are silent about your pain, they’ll kill you and say you enjoyed it.” We know that we are not alone, yet many of us have been doing this work in silos. We realize that we don’t have all the answers — you too hold a piece of the puzzle. Our group hopes to aid in the hard but important task of coalition building and convening. We, leaders from marginalized groups and allies, have joined forces to call out tech’s responsibility and invite peer organizations who are raising their voices here to unite in coalition. We know there are many more like us out there and we want to do our work alongside you. Let’s build the future we want together.

There is strength in numbers. Whether you are an individual or an organization, we invite you to share with us the work that you and others are doing. Our first task is to connect with and acknowledge those who want to build a better future. We then hope to create a space for organizing, amplifying, and exchanging information. In the meantime, we encourage you to take whatever actions you can to support people who have been harmed.