Zaha faces Liverpool at Selhurst Park on Monday evening having taken his tally for the club to 23 top-flight goals with his side’s second in Saturday’s 2-0 win at Fulham, in the process equalling Chris Armstrong’s 23-year-old record. 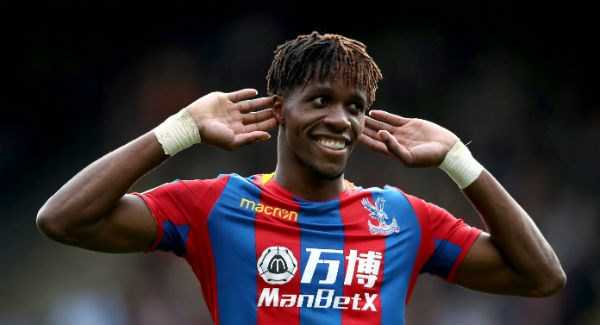 He will do so having also committed his future to the Eagles by putting pen to paper on a deal which will keep him at the club until the summer of 2023 on Wednesday.

Zaha, 25, told the club’s official website www.cpfc.co.uk: “I just wanted to get it over and done with so I can just focus on the season. I’m buzzing that we managed to get it sorted.”

The Ivory Coast international played a major role in Palace’s surge to safety last season after returning from injury, and has started the new campaign in just as impressive form.

Having matched Armstrong’s feat, he is keen to eclipse it at the first opportunity.

Asked if he could break the record soon, he said: “Hopefully Monday! It’s nice to see that I’ve managed to reach that level and I can break it on Monday. It’s nice to know all the effort I’m putting in is actually paying off.”

Zaha joined Palace at the age of 12, although he made four senior appearances for Manchester United during a two-year spell on the books at Old Trafford following a £15million transfer in January 2013.

Chairman Steve Parish was delighted to tie up a man who returned to the club in a permanent switch in February 2015.

He said: “Wilf grew up a stone’s throw from Selhurst Park from the age of four, and has been with the club since he was 12. This agreement is yet another example of his lifelong commitment to the club and our commitment to him.

“This is an amazing day for everyone here at Palace, our supporters and of course Wilf – and is richly deserved.”