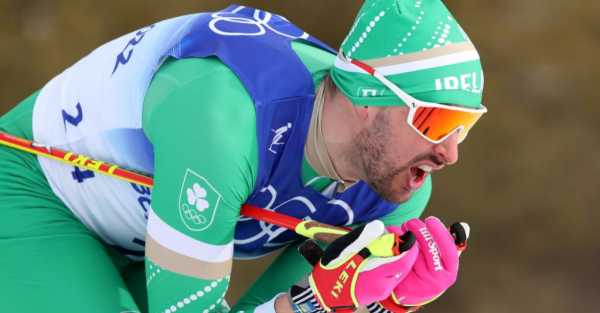 Day seven of the 2022 games saw the 26-year-old succeed in his targeting of a top-15 result in the event, as he competed in his second Olympics.

Maloney Westgaard finished in a time of 40:01.5, just 2:06.7 behind gold-medal winner Iivo Niskanen from Finland, as a total of 99 athletes contested the men’s time-trial competition.

Crossing the line, the Irish man was the fastest out of the early finishers and had a long wait to see where his overall standing would be.

Delighted with his best race in over a year, Maloney Westgaard said: “The main goal was to do two quite even laps.

“I knew it was going to be one of the toughest races, with nearly 600m of total climbing. So I tried to pace it really well and I started quite safe and I wasn’t too stressed, even though I heard I was a bit too far off.  I tried to go good technically and just improve over the race and, yeah, I just felt better and better and the feedback was better and better.

“It was just fantastic especially with the season I’ve had. It hasn’t really gone my way so far, and to pull off the best race I’ve done in a year with the preparations I’ve had. With Covid, without even knowing if I would reach the Olympics. Yeah, to prepare for a course like this with everything I’ve had, it’s unbelievable, it’s just fantastic.”

Also in action on Friday was skier Tess Arbez, who finished 42nd in the alpine Super-G in a time of 1:25.18.

Arbez was pleased with her closing race of her second Olympic Games, saying: “It was a really fun race, I really enjoyed it.

“It was really great to feel the speed of the long skis. I wish I could do one more now but it’s over.

“I think I could be a little be faster, straighter on the gates, keeping a little bit more of the speed position. But I’m happy to finish because it is the first time and Irish girl to ride the speed event, it was easier than I thought.”

Tomorrow is a rest day for Team Ireland, with the next competition taking place on February 13th with skier Jack Gower in the giant slalom event.