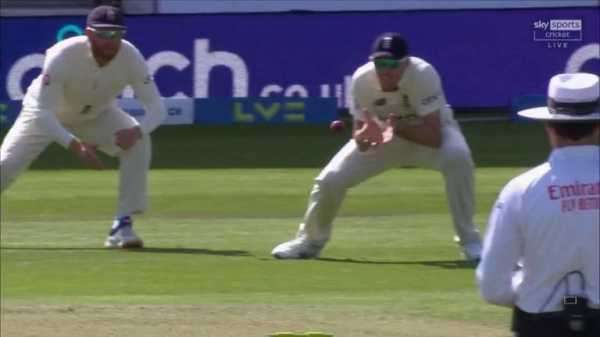 “But Rishabh Pant cannot become a successful Test batsman playing this way. He needs to develop some patience and also work on his defensive technique. Pant has a lot of shots but his defensive mechanism is not strong enough for Test cricket, especially in such conditions.”

Pant lasted only seven balls at Headingley, scoring one run, before edging Ollie Robinson to third slip. Robinson has got the wicket of the Indian wicket-keeper four times in this series, and Nasser Hussain thinks Pant’s position in the batting line-up is causing an issue.

“The key for me is his place in the side. He’s batting at six, which is fine if you have two batters behind him in [Ravi] Jadeja and [Ravi] Ashwin, six, seven, eight – that’s three No 7s if you like – that’s fine. The other option is to go with six batters and just slide Pant and Jadeja down one spot. But if you have him at six, Jadeja or Ashwin at seven and then four London buses after that, that’s a long tail I’m afraid.”

Can Kohli rise to the occasion?

He’s looked positive at the crease at times, and scored his first 50 of the series in the second innings at Headingley, but India captain Kohli remains out of form.

He hasn’t scored a century in his last 50 innings across all three formats and hasn’t scored a Test century since November 2019. His average of 23 in his last 18 innings is well below his career average of 51.14, and clearly India need him to step up. Former India women’s captain Anjum Chopra thinks Kohli is “trying too hard”.

“I feel he is trying very, very hard to be error-free,” she told India Today. “He knows he has got the game and the temperament, but when you focus too much, sometimes you tend to falter. I just feel he is making a slight error in judgement. 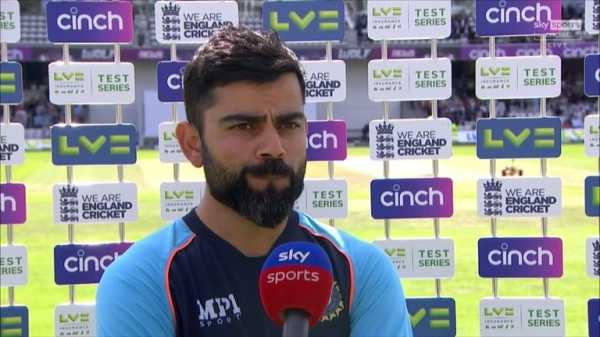 “I am sure he knows the remedy as well. He has got to play the ball and not the bowler. Just play the one-ball game. We always tell ourselves as batters that we need to focus on one ball, you have to make sure you are focused on the fraction of second the bowler delivers the ball. It’s just about being in the present. So it’s all about keeping it simple and following the basics.”

If Kohli finishes the series without a century, it’s difficult to see India coming out on the winning side.

It was a disappointing third Test for Ishant Sharma as he failed to pick up a wicket, conceding 92 runs from his 22 overs, none of which were maidens. The 34-year-old seemed to be in discomfort at times, even though Kohli dismissed suggestions that he is injured.

“I watch the bat of the batsman and I am not analysing how he is moving in the field. I think he moved like the last game. There was no issue whatsoever and as a batting group we failed in the first innings and in the second innings, we did a much better job. As a bowling group also, we accept that we were not consistent enough. That’s it.”

Kohli faced criticism after asking Sharma to open the bowling despite not looking as effective as his team-mates. He has been the least successful of India’s four quicks so far this series, and could miss out at The Oval, with Ashwin or Shardul Thakur the possible replacements.