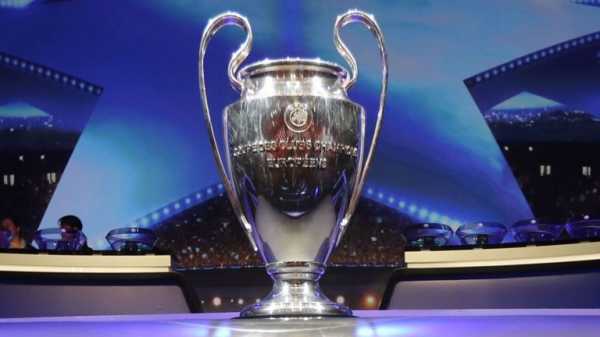 Which nations have dominated the Champions League and European Cup since the competition was founded in 1955?

Real Madrid will become the 18th team from Spain to lift the Champions League trophy, formerly the European Cup, if they beat Liverpool in Kiev on Saturday – extending the country’s record for dominance in the competition.

However, a Liverpool victory would make England the second-most successful nation with 13 victories – one win ahead of third-place Italy.

Other successful nations over the last 63 years include Germany (seven), Netherlands (six) and Portugal (four) – while, France, Romania, Scotland and the former Yugoslavia all have one previous winner. 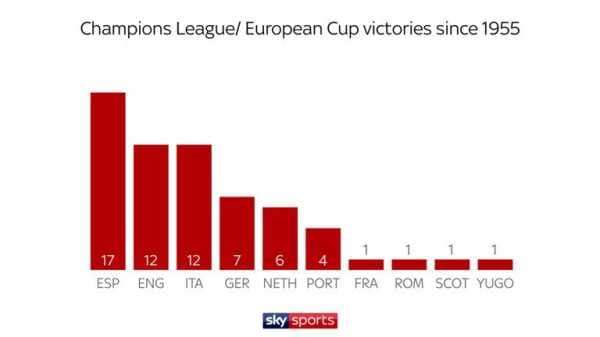 If Real Madrid win on Saturday, clubs from Spain would have won five successive finals to date – with Real triumphing three times and Barcelona once – matching the country’s five-year dominance between 1956 and 1960.

But England have the longest streak for dominance in the competition, winning six consecutive finals between 1977 and and 1982 – with Liverpool (three), Nottingham Forest (two) and Aston Villa all achieving success in that period.

Italy enjoyed a three-year period of dominance in the mid-1960s, as did Germany a decade later, while the Netherlands dominated Europe in the early 1970s – firstly with PSV Eindhoven before three successive wins for Ajax.

However, Spain are the most recent nation to dominate the competition for more than three years since England’s six-year record, which ended 36 years ago.

In terms of the most successful clubs in the competition, Real Madrid are runaways winners with 12 wins to date – ahead of AC Milan on seven.

Liverpool could break clear as the competition’s third-most successful side with victory on Saturday – currently being joint-third with Barcelona and Bayern Munich on five.

Ajax rank fourth, followed by Inter Milan, Manchester United (both three), Benfica, Juventus, Nottingham Forest and Porto (all two) – while 10 other clubs have lifted the trophy on one occasion.