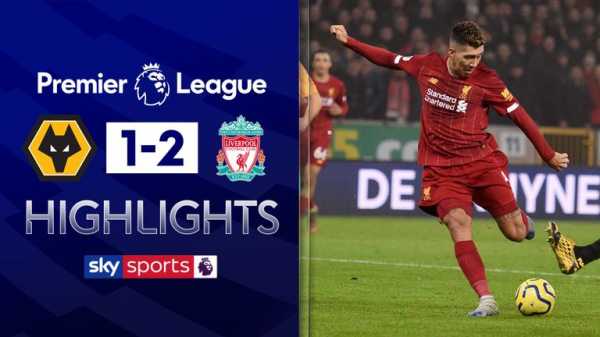 3:00 FREE TO WATCH: Highlights from Liverpool’s win against Wolves in the Premier League.

Not an impossibility, given City’s run of fixtures before the weekend of April 4 includes Tottenham (away), Leicester (away), Arsenal (home), Man Utd (away) and Chelsea (away).

The very earliest Liverpool could win the title is away at Watford on Saturday, February 29, live on Sky Sports Premier League at 5.30pm. However that would mean Liverpool winning all of their matches, and City losing all of theirs.

Goodison?! Tell me more! What has to happen for Liverpool to win the league at Everton? 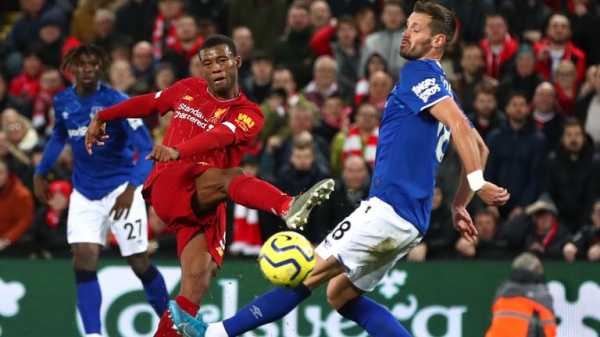 If Liverpool keep winning, and City drop six points between now and the Merseyside derby, Jurgen Klopp’s side would claim the title at Goodison Park on March 16.

It would be only the second time a team have secured the Premier League title at the home of their local rivals, after Arsenal won the league at White Hart Lane in 2004.

Wait, all of this depends on Liverpool winning every game. What if they slip up a couple times? 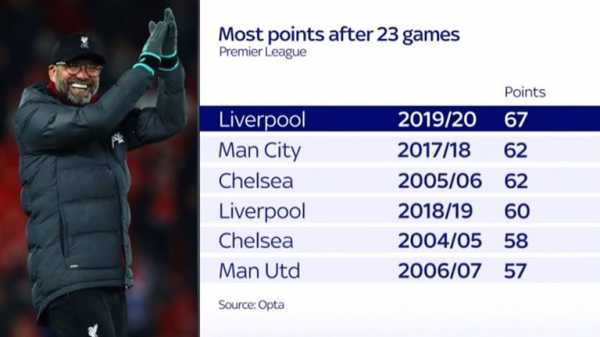 We’re going with current form, so you can’t blame us. But of course it would take an incredible effort for Liverpool to keep winning, and they would be smashing records along the way.

There are many possibilities if Liverpool drop points here and there, so it’s important to keep tabs on those 27 points that Liverpool need, and work from there.

For instance, if they beat West Ham on Wednesday – take three points off – that will go down to 24 points.

If they then beat Southampton on February 1 – take three points off – it goes down to 21 points.

If City then lose at Spurs on February 2 – take three points off – it goes down to 18 points.

Or if City draw at Spurs – take two points off – it goes to 19 points.

And so on and so forth…

Don’t forget about Leicester, either. The maths changes slightly if the Foxes overtake City in the coming weeks; they’re currently three points behind.

I’ve only just taken the Christmas tree down, and Liverpool could win the title pretty soon. What records could they break? 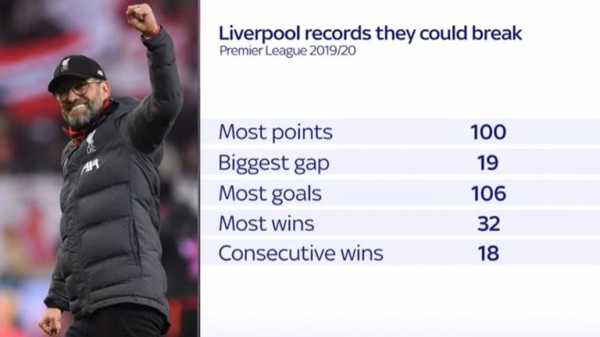 You can follow Liverpool’s progress on all fronts, starting with a dedicated live blog for the FA Cup fourth-round clash at Shrewsbury on the Sky Sports website and App on Sunday, followed by a live blog and full-time highlights of the trip to West Ham on Wednesday in the Premier League.

Sean Dyche interview: Burnley boss tells Sky Sports about what he’s learnt as a manager ahead of major milestone against Southampton

Ryder Cup: How could Team USA and Europe line up in Wisconsin next year?