Cork’s clash against Tipperary in Division 1A has been called off due to surface water on the Pairc Ui Rinn pitch. 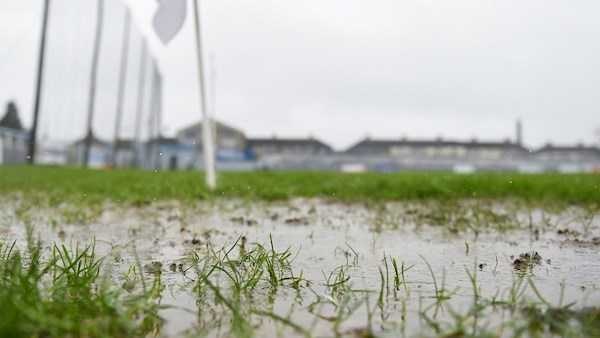 A view of the pitch before the Allianz Hurling League Division 1B match between Waterford and Galway at Walsh Park in Waterford today. Pic: Seb Daly/Sportsfile

In Division 1B, the top-of-the-table clash between Waterford and Galway at Walsh Park has also been called off due to the weather.

The game between Wexford and Kilkenny has also been postponed for the same reasons at Innovate Wexford Park.

On the pitch, Clare can progress to the quarter-finals of the competition with a win over already-qualified Limerick.