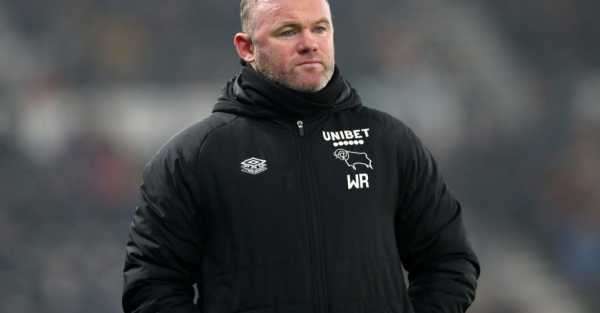 Wayne Rooney has turned down an interview for the vacant manager’s job at Everton.

The former Toffees forward, who has impressed under difficult circumstances at Derby this season, had been reported as a candidate for the Goodison Park job after the dismissal of Rafael Benitez.

He said at a Rams press conference on Friday afternoon: “Everton approached my agent and asked me to interview for the vacant job, which I turned down.”

Rooney added: “I believe I will be a Premier League manager. I believe I’m ready for that, 100 per cent. And if that is with Everton one day in the future that would be absolutely great.

“But I’ve got a job here that I’m doing at Derby County which is an important job to me.”

He admitted he had to think long and hard about the offer.

“They got in touch with my agent, my agent let the administrators know as well, and yes of course it was a difficult decision for me (to turn it down),” Rooney said.

Rooney said last week he had been “flattered” by the speculation linking him with the Everton job, but at that stage there had been no contact from the Merseyside club.

Rooney’s ties to Everton run deep. He joined the club as a nine-year-old and made his first-team debut aged 16 in 2002, before moving on to Manchester United two years later. He rejoined Everton for the 2017-18 season.

His former England team-mate Frank Lampard is understood to have emerged as the front-runner for the role ahead of Vitor Pereira, the former favourite before giving a bizarre television interview on Wednesday.

Fans staged protests at Goodison Park that same evening over concerns about the running of the club.