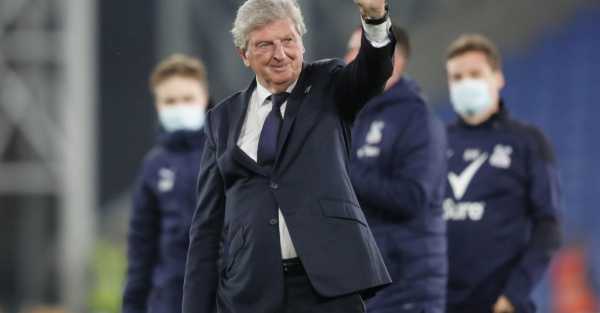 Watford are set appoint Roy Hodgson as their new manager until the end of the season, the PA news agency understands.

The Hornets sacked Claudio Ranieri on Monday after only 16 weeks in charge following a nine-game run without a win.

A 3-0 defeat at home to relegation rivals Norwich on Friday saw Watford drop into the Premier League bottom three for the first time this season and the club’s owners have turned to Hodgson.

Ex-England boss Hodgson has worked with the Pozzo family before during a short stint with Udinese in 2001 which ended with his dismissal following 17 matches.

However, the 74-year-old has always retained good relations with the Italian owners and is set to sign a deal for the remainder of the season with the option to extend the terms beyond the current campaign if survival is secured.

Watford are 19th in the table with 14 points from 20 games and two points from safety having already dismissed Xisco Munoz in October.

Hodgson stepped away from his role as Crystal Palace boss in May after four seasons in charge of his boyhood club following 11th, 12th and back-to-back 14th-place finishes in the top flight.

Upon announcing his departure from Selhurst Park, the former Liverpool manager was eager to play down talk of retirement.

“It is a dangerous thing to start making bold statements about retirement and this is the end of me,” Hodgson said at the time.

“I really don’t know, I am certainly not leaving Crystal Palace with the idea of putting myself back on the market and trying to get another job, I really am stepping down from the club and stepping away from football for a while but who knows what the future will be.”

Back in December, Hodgson hinted further he could be back in the dugout soon after he was recognised at the Sports Journalists’ Association British Sports Awards.

He said: “I don’t know how long I shall continue to be able to watch football without missing it. I’m working hard on that at the moment but I must say I chose the right time to move aside (from Crystal Palace).

“But you can always hope there will be some jobs along the way that people will invite you to participate in, so you don’t have to get the slippers and the pipe out every single day.”

Hodgson is expected to take trusty assistant Ray Lewington, an ex-Hornets manager, with him to Vicarage Road.