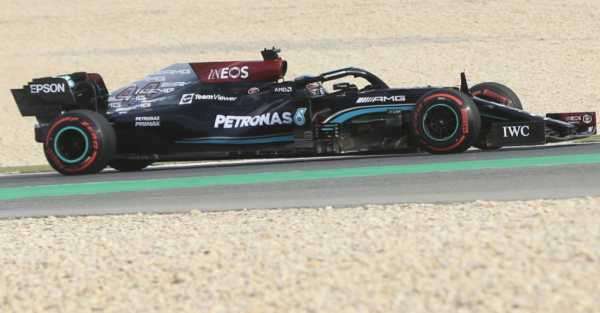 World champion Lewis Hamilton and current leader Max Verstappen are embroiled in the most entertaining title battle in years with 14 points separating the pair heading into the final three races.

But it was Hamilton’s Mercedes team-mate who ended Saturday practice at the top of the timesheets, just as he had in Friday’s second practice session.

Verstappen had gone fastest in the first hour of running at the Losail International Circuit but the Red Bull driver would have been worried how far off the pace he was in the final run before qualifying.

Bottas’ time of one minute 22.310 seconds was less than a tenth of a second quicker than Hamilton in second – but Verstappen was 0.341 behind the Finn.

Pierre Gasly’s impressive start to the weekend saw him go fourth-fastest for AlphaTauri, with the second Red Bull of Sergio Perez in fifth.

The Ferrari’s again had the upper hand on McLaren as the old foes battle for third in the constructors’ championship as Carlos Sainz and Charles Leclerc both finished in the top 10.

While the times and data collected during practice may not be representative of qualifying and race pace, with both taking place at night under floodlights, Verstappen and all at Red Bull will be worried by the gap already established by Mercedes.