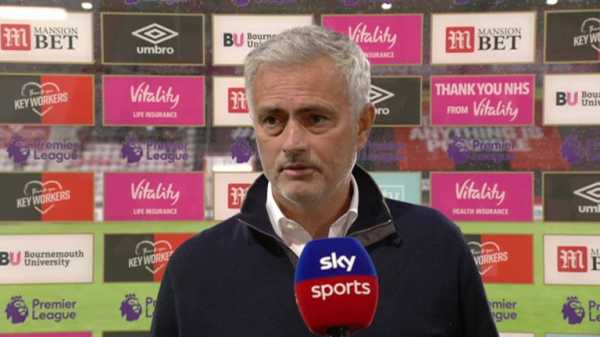 6:38 Tottenham Hotspur boss Jose Mourinho says that ‘everybody in the world’ could see that Josh King’s foul on Harry Kane was a penalty after his side drew 0-0 with Bournemouth in the Premier League.

Oliver was the VAR at Bramall Lane and, as luck would it, he will be the man in the middle at the Tottenham Hotspur Stadium.

“I feel free to comment the referee performances after the performances but I don’t like and I know from a legal point of view I can’t make comment before matches.”

Mourinho believes the referees and VAR officials should be made accessible after the games to explain their decisions.

“It would stop nothing, make things much more open, much more clear. It would give the ref the chance to say, ‘Yes, I made a mistake – I feel sorry for that’, or ‘Yes I had incredible performance’.” 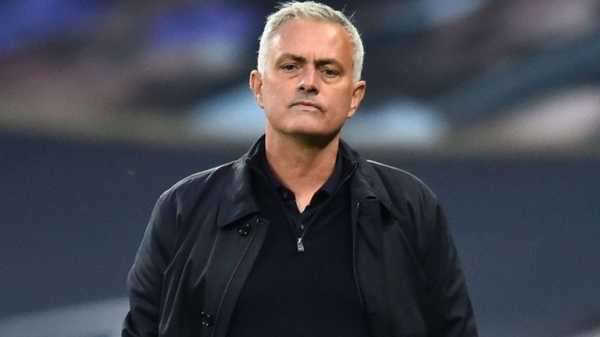 Arsenal head coach Arteta has defended Mourinho’s record at Spurs since his appointment last November, claiming he is still a world-class manager and could be the right man to end the club’s wait for a trophy.

Arsenal rallied from two goals down to draw 2-2 with Spurs at the Emirates Stadium back in September when Unai Emery was in charge of the hosts and Mauricio Pochettino was the away manager.

Both clubs saw their fortunes drop off soon after, with Arteta replacing Emery just a month on from Mourinho being announced as Pochettino’s successor in November. 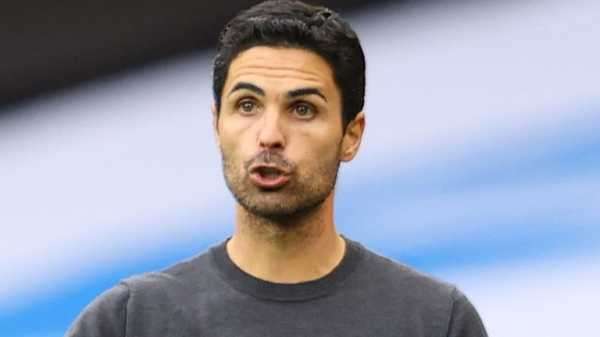 Having been sacked by Manchester United last season, Mourinho’s approach is being questioned more than ever, but Arteta believes he remains among the managerial elite.

Asked if Mourinho was still world-class, he replied: “Absolutely. They have had some ups and downs, but overall you can clearly see what he wants to bring to the club. He manages the energy, the momentum and established a really strong culture in strong football clubs that does it.

“He makes sure that he wins, and he has won in every single club that he has been. Obviously the situation, the timing when he arrived, is different than starting a new project right from the summer, but I am sure he will be successful.

“He has always been. He always finds the right way to do it and, it will take him a bit of time, but I am sure he will do it.” 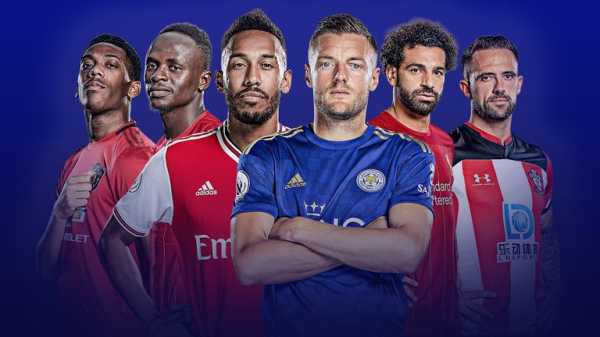 While the long injury lay-off has meant that Kane – with 13 league goals to his name – has not been in the running for the Premier League’s top scorer since the restart, Arsenal’s talisman Pierre-Emerick Aubameyang has the accolade firmly in his sights.

His 20 league goals place him two behind Leicester’s Jamie Vardy in the race for the Golden Boot, and he will be keen to make up for his late penalty miss in this fixture last season, which finished 1-1 at Wembley.

The Gabonese striker has been involved in four goals in his last three Premier League games against Spurs (three goals, one assist) – but all of these goal involvements have been at the Emirates.

Aubameyang is into the final year of his current contract, and with speculation surrounding his future, this could prove to be his last north London derby. It would be the perfect time to notch his first on strike on enemy soil and provide a timely boost for Arsenal’s faint Champions League hopes. 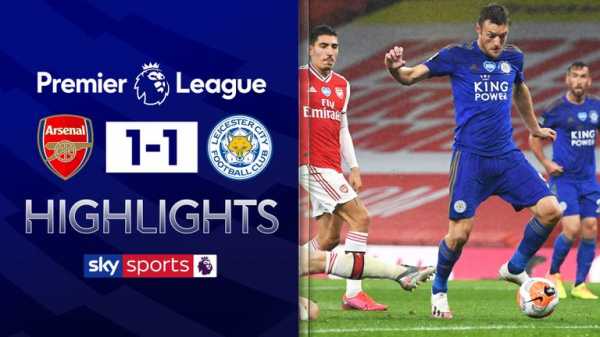 2:58 FREE TO WATCH: Highlights from Arsenal’s draw with Leicester

This is a game where they will both look at each other and realise they have become average sides. From an Arsenal perspective, they are improving. It is slow and not overly attractive, despite playing decent going forwards.

Tottenham are going backwards. You look at Heung-Min Son, and I may regret this, but they look to be playing as individuals. There is no team pattern, but the defence changes and they keep a clean sheet. Harry Kane should have had a penalty but Bournemouth should have had a goal.

This is a team under Jose Mourinho which does not have any identity. It is hard work and they are grafting but it isn’t working. Tanguy Ndombele is coming in for bits and pieces, Giovani Lo Celso is nice and neat, and Erik Lamela has lovely ability. Harry Kane is always a goal threat against Arsenal so I would not be surprised if he scored once again. 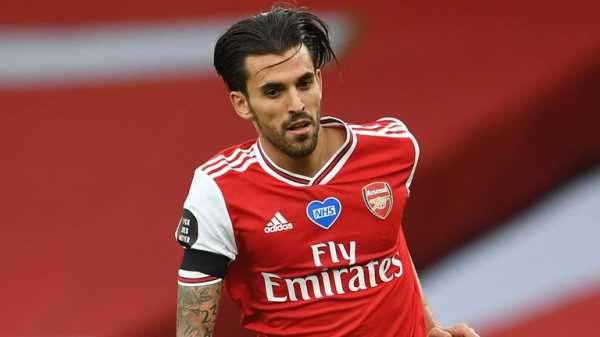 The back three of Arsenal looked more solid and in control, so for these improvements, alongside Granit Xhaka and Dani Ceballos, Arsenal have looked better. These two are not my favourites and they are weak defensively as a holding pair, but they have improved on the ball.

Tottenham could raise their game, but Arsenal will be dangerous on the counter-attack. Serge Aurier makes mistakes, and Alexandre Lacazette and Pierre-Emerick Aubameyang will both play as Eddie Nketiah is suspended, but I do think Arsenal could see them off. 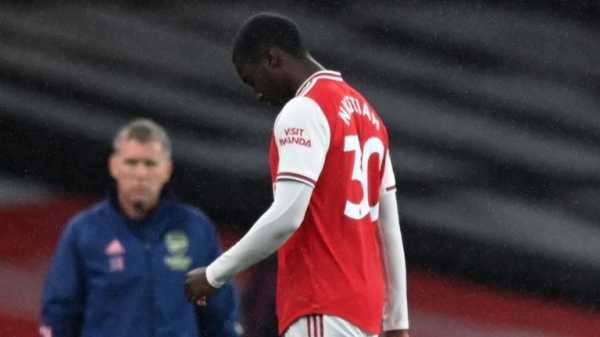 Tottenham will still be missing Dele Alli against Arsenal in the first north London derby at their new stadium. England midfielder Alli is suffering from a hamstring injury and will miss out.

Arsenal will be without striker Eddie Nketiah. The England Under-21 international was sent off in Tuesday’s 1-1 draw with Leicester and will miss the next three games after an appeal against the decision was unsuccessful.

Mesut Ozil (back) is likely to miss out again, while Pablo Mari (ankle), Bernd Leno, Gabriel Martinelli and Calum Chambers (all knee) are definite absentees. 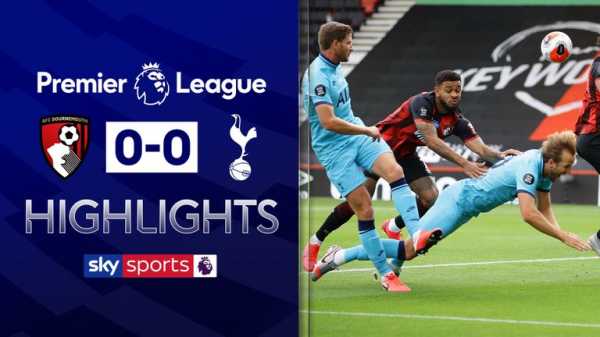 2:56 FREE TO WATCH: Highlights of Bournemouth’s draw against Tottenham 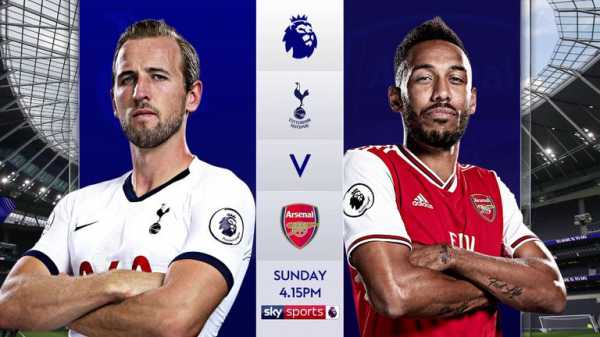