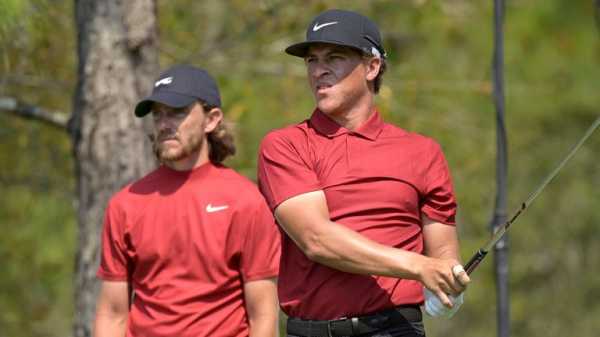 With Tiger Woods recovering from his horrific car crash earlier this week, players at the WGC-Workday Championship paid tribute with red shirts and black trousers on the final day

Rory McIlroy and Patrick Reed were among the many players to show their support for Tiger Woods as The Concession was a sea of red and black on Sunday.

With Woods recovering from his horrific car crash in California early on Tuesday morning, the stars of the WGC-Workday Championship decided the best way to show their respects was to don his famous Sunday outfit for the final round in Florida. 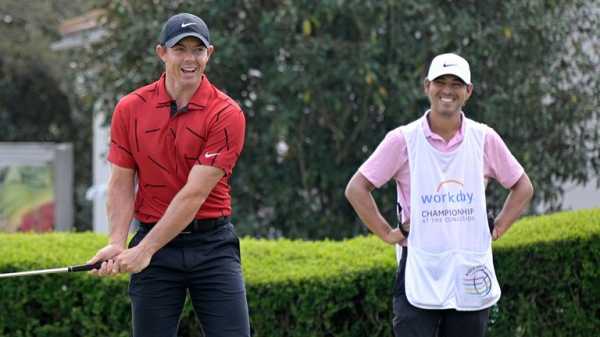 Ryder Cup rivals McIlroy and Reed were paired together as they began the final round four shots off the lead, and both were clad in red shirts with black trousers, shoes and caps along with a number of the field, including Tommy Fleetwood, Cameron Champ and Jason Day.

Even a few of the caddies joined in with the occasion, while some of the volunteers at the course were seen wearing Tiger Woods tribute face coverings.

Woods, who was battling to be fit for the Masters after undergoing another back procedure at the end of December, is now unlikely to play this year after he lost control of his car near Los Angeles earlier this week. 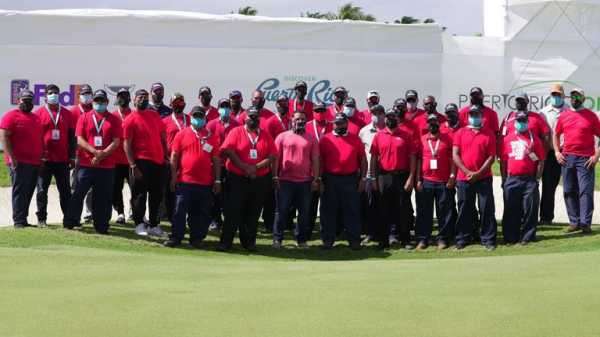 His vehicle rolled a number of times, and the 45-year-old was rushed to hospital for emergency surgery on “significant injuries” to his right leg, with multiple fractures and a shattered ankle.

After being moved to Cedars-Sinai Medical Center for a further procedure, Woods’ team issued an update on his condition and declared he was “recovering and in good spirits”.

The Los Angeles County Sheriff insisted that Woods did not appear impaired by drugs or alcohol when he was pulled from the wreckage, and that he was not expected to face any criminal charges relating to the accident.