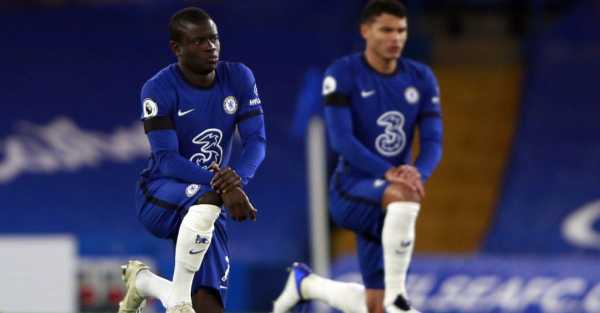 The duo were ruled out of Thomas Tuchel’s squad, which included forward Timo Werner who had just returned after a Covid isolation of his own.

“It’s huge for us because they are two huge players,” Tuchel told Chelsea’s official club website.

“We had the last information today in the morning, so it is quite challenging, but we will push.

“The guys who are here have our trust and belief.”

There was a return to the starting line-up for striker Romelu Lukaku following his omission from Sunday’s 2-2 Liverpool draw.

Chelsea’s club-record signing missed the weekend’s Premier League clash amid a disciplinary storm after his recent interview claiming unhappiness at the Blues.

Lukaku apologised internally on Monday then directly to Chelsea fans on Tuesday however, and was duly back in the fold to face Spurs.