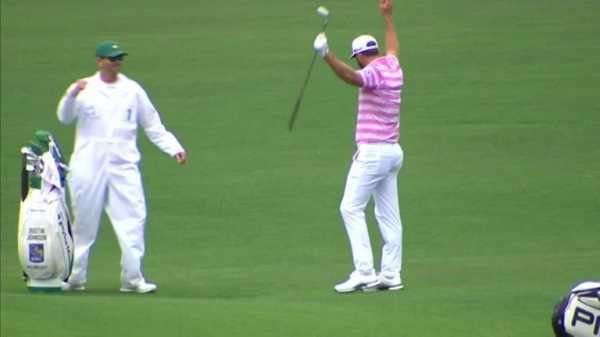 Take a look at the best shots from the opening round of The 85th Masters at Augusta National.

From chip-ins and big birdies to stray shots and water troubles, the world’s top golfers demonstrated some of the best and worst of their talents during the opening round of The Masters.

Justin Rose fired an eagle and seven birdies in a 10-hole stretch on his way to a superb 65 at Augusta National, with an array of impressive iron play and good putting helping the Englishman to a four-shot advantage.

World No 3 Jon Rahm, fresh from becoming a father over the weekend, showed few signs of lack of practice as he posted a level-par 72, while Tyrrell Hatton made a tidy chip-in from off the 11th green to finish in red figures 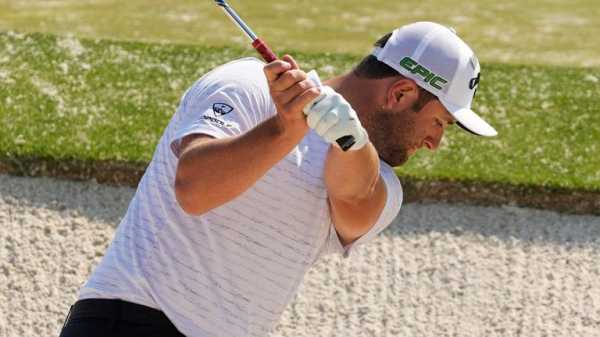 Lee Westwood and Robert MacIntyre were among the British contingent to hole out from off the green during an eventful Thursday, while former Masters champions Bubba Watson and Phil Mickelson also demonstrated their short-game talents.

A long-range birdie helped Viktor Hovland fight back from a nightmare start to salvage a one-over 73, while former Masters champion Mike Weir faces a battle to make the cut despite draining a monster putt late in his opening round. 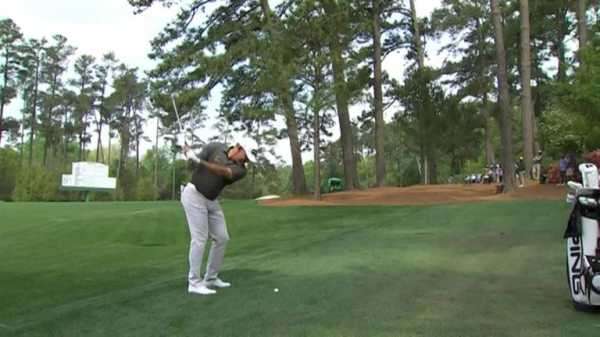 1:49 From hitting trees and patrons to finding the water hazards of Augusta National, we look at some of the occasions shots didn’t go to plan for the golfers during the opening round at The Masters.

Weir had let frustrations get the better of him earlier in the day, throwing his ball in the water and launching his putter at his bag after a costly double-bogey, while Paul Casey lost his cool after seeing a shot clatter into the tree.

Jordan Spieth also experienced struggles in the Augusta National pines and Westwood clattered into a tree during his disappointing start, while Bryson DeChambeau was left searching for his ball in the azaleas following a loose approach shot early in his opening round.

Four-time major champion Rory McIlroy hit his own dad with an approach shot and also sent two balls into the water on his way to a first-round 76, with Shane Lowry also ending up a hazard after over-hitting a putt at the par-five 15th.

Click on the videos above to see the top shots and main Masters mishaps from the opening round of the 2021 contest!

Watch The Masters throughout the week live on Sky Sports’ dedicated Masters channel. Live coverage continues on Friday with Featured Groups from 2pm on Sky Sports The Masters. Click here to upgrade to Sky Sports for just £10 a month.