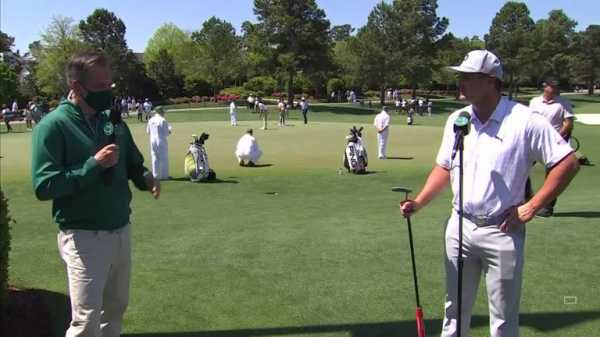 1:34 DeChambeau explains how he can make the most of his power off the tee at The Masters and looks at how his strategy may be different for this year’s contest

And how many scoring records would he break? And statistical records? And will he put that new driver, with the 48-inch shaft, in his bag and reduce 14 holes at Augusta National to a drive and a wedge? As it transpired, it was none of the above.

In fact, DeChambeau finished one shot behind 63-year-old Bernhard Langer, who was a two-time Masters champion before the American was born! But Bryson had endured worrying health problems during the tournament, and his explanation for his illness was suitably out of the ordinary.

“I went to multiple doctors trying to figure out what it was,” he said in January. “I got a couple of MRIs, I went to an inner-ear doctor, had eye tests and ear tests, and they even did ultrasounds on my heart and neck. But one thing I will tell you is I’ve done a lot of brain training, and the frontal lobe of my brain was working really, really hard. That’s what gave me some weird symptoms. It was like crazy overworking. 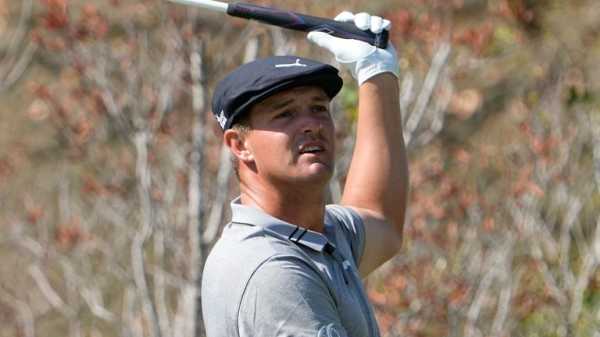 0:50 DeChambeau won’t win around Augusta National as his game does not suit the course, according to Butch Harmon

“It all took a toll. I don’t think it was exactly that specific thing. But it was a combination of a few things that escalated my brain, overworking and just giving out.”

So, there you have it. If Bryson wants to win the Masters, he has to stop overloading his brain! But after his exploits at Bay Hill, trying to drive the green at the par-five sixth, he proved beyond reasonable doubt that he captivates golf fans – and sports fans – like no other current player.

Whatever he does at Augusta National, and he’ll surely be a factor if he can avoid illness, it will be entertaining to watch. Although maybe not so much for the Masters committee!

Jordan Spieth is back

It doesn’t seem that long ago that Jordan Spieth was an automatic contender for the Masters every year. In fact, he was short odds for every major, no matter what the venue, but the Masters was where he truly excelled. His first three trips to Augusta National? Second, first, second! And he went close again in 2018 as he and Rickie Fowler pushed Patrick Reed to the wire. 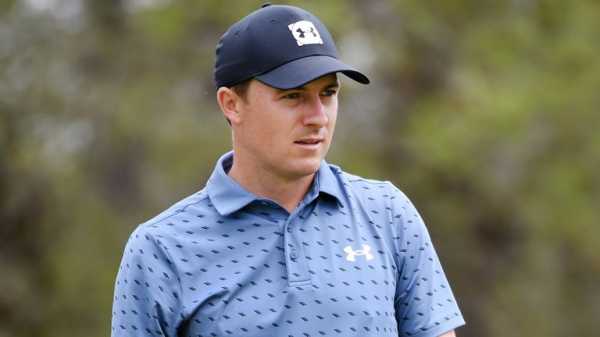 Spieth’s victory in 2015 was about as dominant as they come, opening with a 64 that was three shots better than anyone else in the field, and back-to-back 70s over the weekend were enough for a four-shot win that some felt could have been double the winning margin had he really been pressed.

The young Texan then won the US Open, albeit with a little help from DJ, he was right up there in the mix at The Open and the PGA, and on his return to Augusta in 2016, he was on course to better his winning margin from the previous year – five clear at the turn on Sunday.

And then he rinsed two balls in Rae’s Creek at the 12th and, while Danny Willett was not complaining, that seemed to set the American back for a while. But he then answered his critics with an astonishing final five holes to win The Open at Royal Birkdale in 2017.

In January this year, the former world No 1 was on the verge of dropping out of the world’s top 100. But a superb week in Phoenix began to turn his fortunes around, and he kept it going at Pebble Beach and led going into the final round two weeks running. 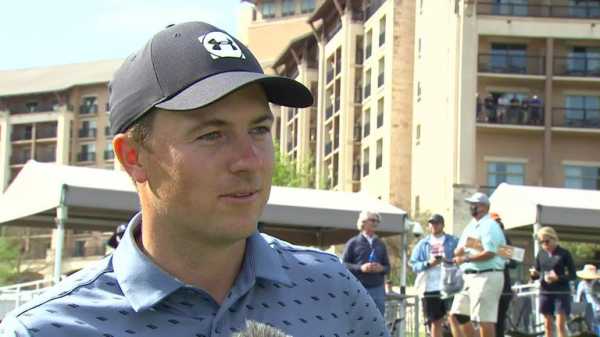 1:35 Jordan Spieth described his win at the Valero Texas Open as ‘monumental’ after ending his victory drought

He was right up there again at Bay Hill, putting like the Spieth of old and looking far more consistent and confident from tee to green. He just needed to stop using up the vast majority of his good fortune on a Saturday and save some gems for Sundays!

And that he did, in some style, when he landed his first win in almost four years in his home state. At the start of the year, Spieth’s odds for the Masters were not far off those of when he made his debut. After the Players Championship, those odds had shortened to 14/1. Winning the Valero Texas Open saw him arrive at Augusta on Monday with an extra spring in his step, and rated by Sky Bet as the third favourite at 10/1 behind only Dustin Johnson and Bryson DeChambeau.

He’s arrived at Augusta before, without any form to speak of, and contended. Imagine what he can do when in form! Dismissing Spieth’s chances at the Masters is like dismissing the prospect of a successful Tiger Woods comeback. Never rule out Spieth at Augusta, never.

Can Westwood finally bag a major?

Lee Westwood, like Colin Montgomerie, has spent much of his career saddled with the unenviable tag of “best player never to have won a major”. But the way he’s been playing over the last 18 months, he will head to Augusta National with every chance of passing on that label. 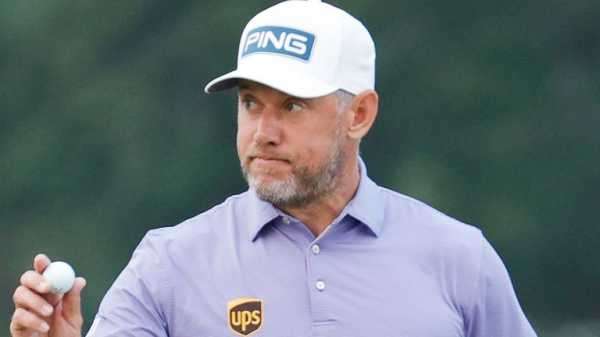 Watching him go head-to-head with big Bryson at Bay Hill was a joy, and proof enough that the Englishman still has what it takes – and more – to compete with golf’s elite on the big stage.

The Masters has always been a good fit for Westwood, now 47, and he knows how to get around Augusta despite its length appearing unsuitable for the seasoned campaigners to cope with.

He is the reigning European No 1, he’s comfortably inside the top 50 in the world rankings, and he has a relaxed demeanour about him both on and off the course, looking every inch like a man enjoying his golf – and life in general.

Just after he was crowned Race to Dubai champion in December, Rob Lee wrote: “It wouldn’t be a life-changing event for Lee to win a major, he’s had plenty of success both individually and for Europe in the Ryder Cup, but a major would be an endorsement of just how brilliant he’s been throughout his career.

Live Masters – On the Range

“I’m not going to say it’s too late for him to make that major breakthrough now. He is still highly rated by his peers worldwide. He’s an extraordinary player who’s had an extraordinary career, but if I could grant him one wish for 2021, it would be that elusive major win.

“I’m absolutely certain and convinced that Westwood will have another good crack at a major, maybe more than once. It’s up to him to defy history and get over the line, but you cannot rule it out”.

The veteran went close in a superb two weeks in Florida, at Bay Hill and then The Players, being paired with DeChambeau in the final group of the final round in both, and there was suddenly a lot of love for his chances at the Masters, where he has six top-10 finishes – two of them as runner-up.

Lee John Westwood in a Green Jacket? You’d have to be pretty cold-hearted to begrudge him that honour.