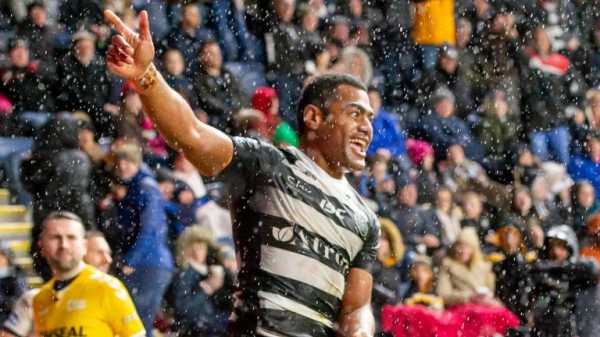 2:39 Watch the highlights as two tries from Ratu Naulago helped Hull FC get the 2020 Super League season off to a winning start

“Like Radders has said before, it’s a tough team to pick and no-one would want to be in that spot. You’ve just got to accept it and get on with it, but the right team was out there against Leeds and we got the job done.”

Radford welcomes Danny Houghton back into his 21-man squad after the hooker missed the win over Leeds with a thumb injury, but off-season signing Manu Ma’u and Gareth Ellis are ruled out after picking up knocks at Headingley.

Meanwhile, newcomers Ligi Sao, Josh Jones, Jordan Johnstone and Adam Swift could make their first home appearances in the match against Rovers, with Radford having plenty of options to choose from.

“I’ve got some headaches because there were a couple of blokes not playing for us that would walk into a lot of teams in the competition as well,” Radford said. 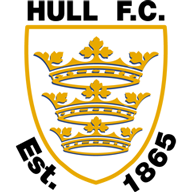 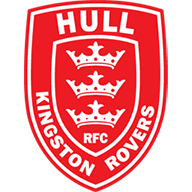 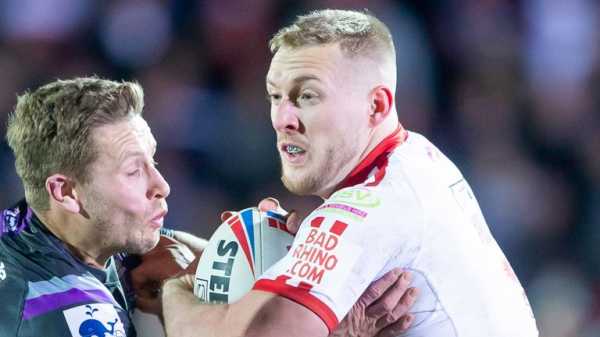 Like their rivals from the west of the city, Hull Kingston Rovers began the 2020 season with a victory as they defeated Wakefield Trinity 30-12 last Friday.

It was the perfect way to answer those who had tipped the Robins to finish bottom of the table this year after narrowly avoiding relegation.

Jordan Abdull, who was one of 20 new signings to arrive at Rovers ahead of the season, believes the team will be good enough to trouble any of the other sides if they can produce similar performances.

“I thought we were the better team all the way through, really,” Abdull said. “We probably had a five to 10-minute patch where we couldn’t get hold of the ball, but we felt comfortable out there. 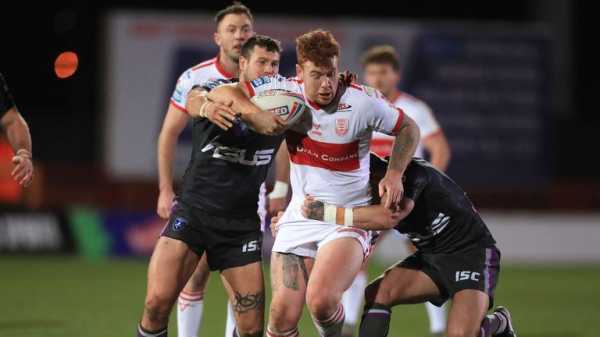 1:24 Highlights from Craven Park as Hull KR took on Wakefield in the Super League

“We could’ve easily just stuck it up the jumper and gone five in and kicked, but we wanted to stick to the game-plan and it paid off in the end.

“If we can keep turning up with that attitude and that pride then teams are really going to struggle to get results against us.”

Rovers triumphed in two of the three Hull derbies in Super League last year, but were beaten 56-12 in the match which was held at the Black and White’s KCOM Stadium home. 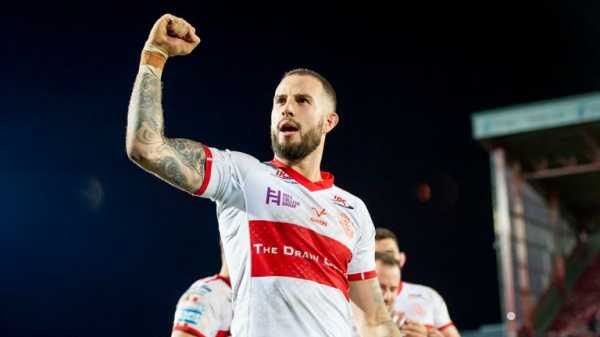 “You’ve got to try and go about your business as though it’s a normal game,” Crooks told KR TV. “However, you know in the back of your mind that it’s not

“It’s not a normal game and we’ve seen that throughout the years, on the day it doesn’t matter the form going into it and anything can happen on the day.”

Rovers head coach Tony Smith brings Matty Gee, Will Dagger and Kyle Trout into his 21-man squad after the trio impressed for the reserves last week.

Powell and Lam look for more

Friday’s other match pits two teams who won in the opening round of Super League as well, but both are eyeing improvements from those games.

Tigers head coach Daryl Powell was pleased with the outcome of the clash which formed part of the Headingley double-header, yet believes his side are capable of better performances.

“It was an awkward game,” Powell said. “There are a lot of offloads in them and a lot of hype around them, but I thought we handled it pretty well. The game died a little in the second half, but we’d got it won by then.

“Collectively, we did some smart things, but we were never really in a flow in the game. They got bits off our errors, but we’ve got to be pleased with it.” 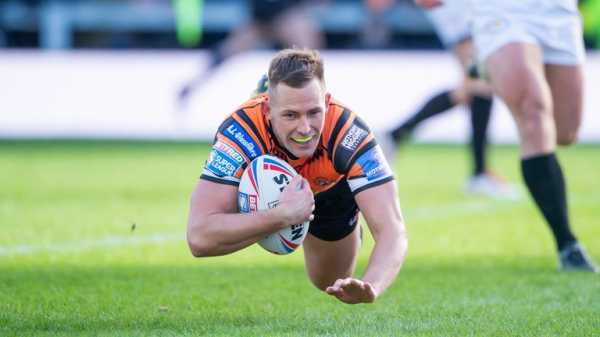 2:49 Watch all of the action as Castleford deny Toronto and Sonny Bill Williams in the Wolfpack’s first Super League game

The hosts will, however, be without George Griffin, Adam Milner and Tyla Hepi due to head injuries sustained in the win over Toronto, with try-scorer Greg Eden out due to a knee injury and Peter Mata’utia serving a two-match suspension.

Wigan, meanwhile, are without off-season recruit George Burgess after he was forced off early on against Warrington with a hip injury. Sam Powell is included in the 21-man squad, but his availability depends on passing concussion protocols.

Warriors head coach Adrian Lam was impressed with what he saw from the Tigers against Toronto and has identified areas for improvement from his team.

“I thought they were pretty good and they are always tough on their home ground,” Lam said. “We were beaten there last year so we understand what difficult opposition they can be.

“I knew last week it was going to be clunky at times and looking back we probably bombed six opportunities.”