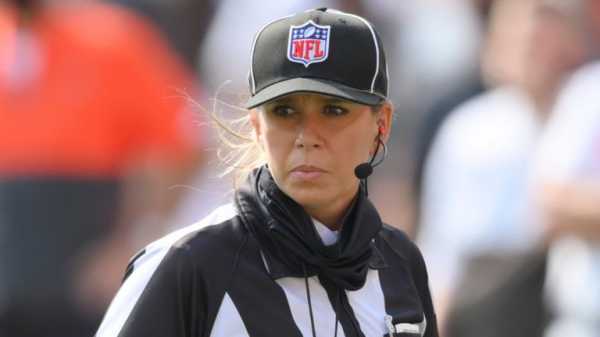 1:27 Sarah Thomas talks about the impact of her selection to become the first woman to officiate in a Super Bowl when Super Bowl LV takes place on February 7

Raymond James Stadium has hosted two Super Bowls before, with the Baltimore Ravens running out 34-7 winners over New York Giants in 2001, and the Pittsburgh Steelers famously defeating the Arizona Cardinals 27-23 in 2009 courtesy of a touchdown scored by Santonio Holmes in the final minute of the game.

Where can I watch it?

The game is available on Sky Sports NFL (407), Sky Sports Main Event (401), and Sky One (106). You can also watch on the move via Sky Go – online, on iPhone, iPad, or selected Android smartphones – or via NOW TV, with the Sky Sports Day Pass.

Neil Reynolds will be leading the coverage, in the studio from London this year, along with Sky Sports’ resident coach Jeff Reinebold and Super Bowl XX champ with the Chicago Bears, Shaun Gayle, and they’ll be joined remotely by Minnesota Vikings quarterback, and two-time Pro Bowler, Kirk Cousins throughout the game.

Also standing by as part of the coverage, live from Raymond James Stadium itself, will be a pair of Super Bowl winners in Dallas Clark and Cliff Avril.

Clark was part of the Indianapolis Colts’ championship squad in the 2006 season, with the tight end catching four passes for 36 yards in their Super Bowl XLI win over the Chicago Bears. Avril was a member of the Seattle Seahawks ‘Legion of Boom’ defense in 2013 as they blew out the Denver Broncos 43-8 in Super Bowl XLVIII.

Our digital and social platforms will keep you updated too, so bookmark www.skysports.com/NFL and stay across the dedicated NFL section as we bring you a live blog of Super Bowl LV itself – featuring the best in-play video clips and highlights – plus pundit analysis, player reaction, interviews, podcasts, and the very best feature content.

There’s also our Twitter feed, @SkySportsNFL, where you won’t miss a thing.

Who will play the half-time show? 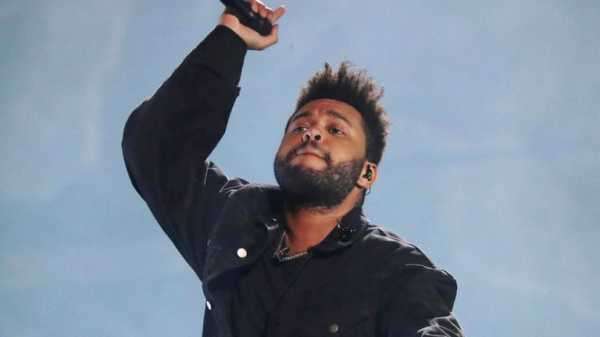 The Weeknd will headline the Super Bowl LV half-time show, following in the footsteps of the likes of The Rolling Stones, Prince, Lady Gaga, Justin Timberlake, Beyoncé, and Shakira and Jennifer Lopez, who performed last year.

The Weeknd is coming off a huge year in 2020, highlighted by his No 1 album After Hours and its breakout single, ‘Blinding Lights’, which topped the charts in 34 countries, including the United Kingdom.

“We all grow up watching the world’s biggest acts playing the Super Bowl and one can only dream of being in that position,” The Weeknd said in a statement. “I’m humbled, honored and ecstatic to be the center of that infamous stage this year.”

The half-time show is not the only entertainment on offer at Super Bowl LV, as R&B artist Jazmine Sullivan and country music singer Eric Church will perform a duet of the US national anthem, ‘The Star-Spangled Banner’, before kick-off.

How much food and drink will be consumed? 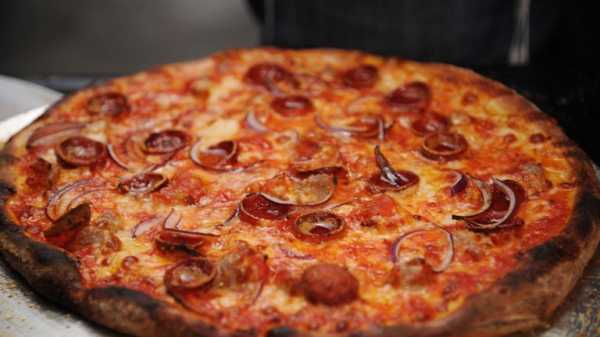 According to previous estimates, Americans are expected to eat more than one billion chicken wings and 11 million slices of pizza, washing this gargantuan haul down with approximately $1.3billion (£950m) worth of beer. 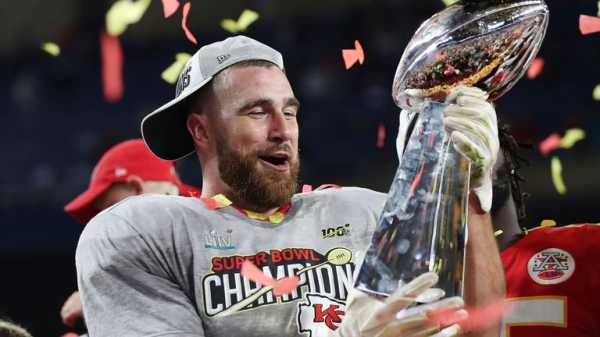 The Kansas City Chiefs rallied from a 10-point fourth-quarter deficit to beat the San Francisco 49ers 31-20 and win their first Super Bowl title for 50 years at Hard Rock Stadium in Miami. 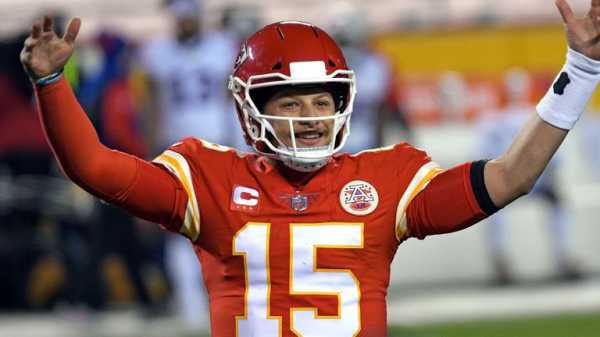 Both teams had significant leads in a see-saw contest, but the Chiefs were up against it going into the fourth quarter when down by 10, only for an inspired Mahomes (26-42, 286 yards, 2 TDs, 2 INTs) to lead the team to victory with 21 unanswered points scored in the final seven minutes.

Mahomes first found tight end Travis Kelce in the endzone, then running back Damien Williams to see Kansas City into the lead, while Williams ran in another score in the final two minutes to put the finishing touches on their comeback win.

The Chiefs are now eyeing up a second-straight success.

Tell me more about this year’s game…

Kansas City are looking to become the first team to win back-to-back Super Bowls since the New England Patriots did it in 2003-04. 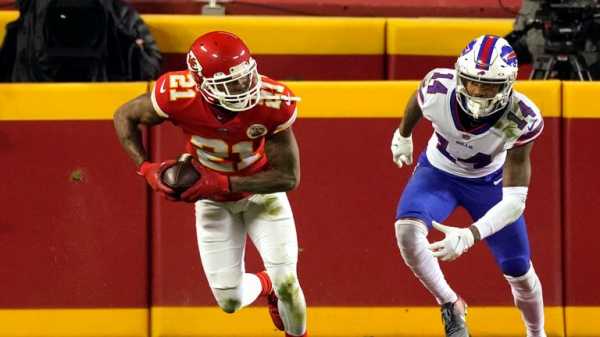 5:49 Highlights of the Buffalo Bills against the Kansas City Chiefs in the AFC Championship game

The Chiefs finished the regular season with an NFL-best 14-2, winning the AFC West title, before going on to beat the Cleveland Browns in the Divisional Round of the playoffs and then the Buffalo Bills in the Conference Championship to book their place in Tampa.

There they face the home-town Buccaneers – the first team in NFL history to play a Super Bowl in their home stadium – led by their 43-year-old quarterback, the remarkable Tom Brady, who is going in search of his seventh Super Bowl ring to add to his already record haul of six. 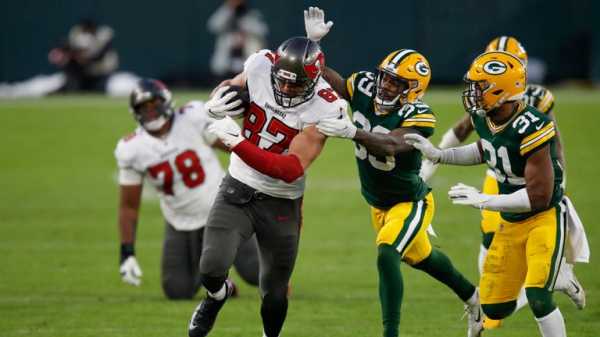 6:01 Highlights of the Tampa Bay Buccaneers against the Green Bay Packers in the NFC Championship game

The Bucs finished the season 11-5, good enough only for a Wild Card berth as the No 5 seed in the NFC, but they then beat the Washington Football Team, the New Orleans Saints, and the Green Bay Packers all on the road.

The Chiefs and Bucs met in Week 12 of the season, also at Raymond James Stadium, when Kansas City edged out Tampa Bay 28-24 to improve to 10-1 for the season. Defeat dropped the Buccaneers to 7-5, leaving them in danger of dropping out of playoff contention, but they have won all seven of their games since. 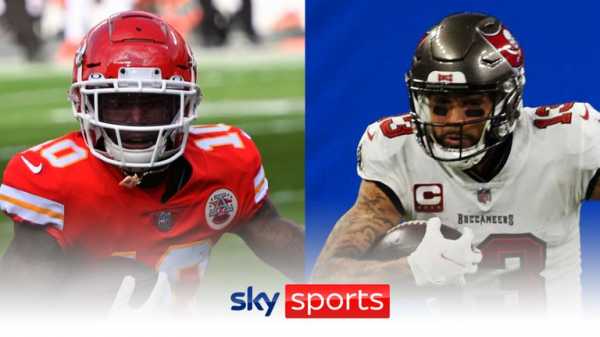 4:15 Ahead of Super Bowl LV, take a look at some of this season’s best moments from the Kansas City Chiefs’ Tyreek Hill and the Tampa Bay Buccaneers’ Mike Evans

Mahomes passed for 462 yards and three touchdowns in the game, while Brady was just as impressive in defeat, throwing for 345 yards and three TDs, though with two interceptions. Chiefs receiver Tyreek Hill too had a remarkable game with 269 receiving yards and three scores – topping 200 and scoring two TDs in the first quarter alone.

Hopefully the action on Super Bowl Sunday will be just as explosive.

Who are the favourites?

You can check out all the other betting markets here.

What do the winners get? 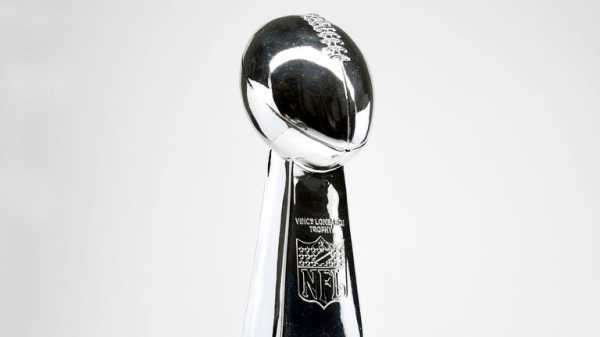 The Vince Lombardi Trophy is named in honour of the legendary Green Bay Packers coach and is made of sterling silver.

It stands 22in (56cm) tall, weighs seven pounds (3.2kg), and features a football in a kicking position on a three concave sided stand.

For 90 minutes of Super Bowl LV build-up from Raymond James Stadium with Kirk Cousins, Dallas Clark and Cliff Avril, join us on Sky Sports NFL, Main Event and Sky One from 10pm on Sunday, February 7.