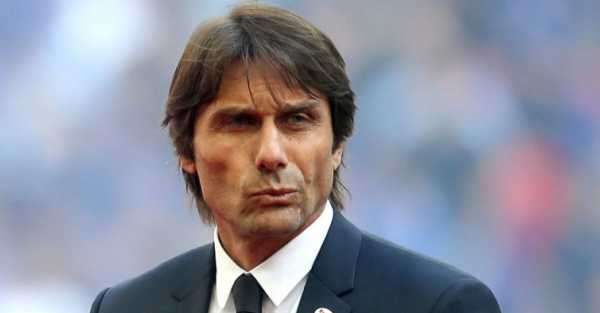 Nuno’s reign was brought to an end after only four months with Spurs announcing on Monday morning that he had been axed.

The club had been in discussions with Conte during the summer before appointing Nuno as successor to Jose Mourinho.

A deal between the parties being reached would see the Italian return to the Premier League just over three years after leaving Chelsea.

Conte’s two years in charge of the Blues saw them win the league title in 2016-17 and then the FA Cup the following season. He departed Inter Milan during the summer after guiding them to the 2020-21 Serie A title.

Spurs chairman Daniel Levy and managing director of football Fabio Paratici are understood to have met on Sunday to discuss the 47-year-old Portuguese’s fate.

And a statement from Tottenham on Monday morning said: “The club can today announce that Nuno Espirito Santo and his coaching staff Ian Cathro, Rui Barbosa and Antonio Dias have been relieved of their duties.”

Tottenham added that “a further coaching update will follow in due course”.

Spurs brought in former Wolves boss Nuno on June 30 having gone through a number of candidates to replace Mourinho – it is understood with regard to Conte at that time that they were put off by certain demands made by the 52-year-old.

Nuno, who Spurs had previously rejected due to his playing style, was handed the role with Paratici convincing Levy that he could fit the bill.

The 17 games Tottenham have played in all competitions since then started with a 1-0 win over Manchester City but have featured seven defeats, and the team have often been poor to watch.

The losses to West Ham and Manchester United in their last two Premier League matches have seen them go two hours and 16 minutes without having a shot on target.

With Nuno having already come under fire after defeats to Crystal Palace, Chelsea and Arsenal, the mood significantly soured during Saturday’s game when sections of the crowd chanted ‘You don’t know what you’re doing’ and booed at the full-time whistle.

Supporters reacted badly to the manager taking Lucas Moura off early in the second half and continued to make their displeasure known throughout the contest.

Nuno, who took Wolves from the Championship to the top flight and into the Europa League during his four-year tenure there from 2017, departs Tottenham with the team lying eighth in the Premier League.

A statement from the Tottenham Hotspur Supporters’ Trust said: “We take no pleasure in seeing the 14th manager of (owners) ENIC’s reign depart the club today. Nuno Espirito Santo conducted himself with integrity, good grace and civility throughout his short time at Spurs and, although clearly not the right fit for Tottenham, we wish him and his coaching staff Ian Cathro, Rui Barbosa and Antonio Dias well for the future.

“Of immediate concern now is where our club goes next. We reiterate the questions around strategy and vision first posed to the club’s board earlier in October. There is growing concern among fans about the direction of travel at Tottenham Hotspur. Fans want and deserve to know what the short and long-term plans are, on and off field, how the club’s board is correcting past mistakes to avoid repetition, what key milestones are being set and how they are measuring success.

“Fans want reassurance that the club’s board has a clear philosophy and vision, and the ability to implement it. Bland statements about being focused on success on the pitch and football families are not sufficient.

“For two years now, there has been obvious regression. The club’s board needs to show unequivocally that they have both listened to the voices of concerned fans and are acting positively on those.

“Now is the time for strong communication and accountability. We call on the board of Tottenham Hotspur to put fans and football first at what is a vital time in the history of our club.”