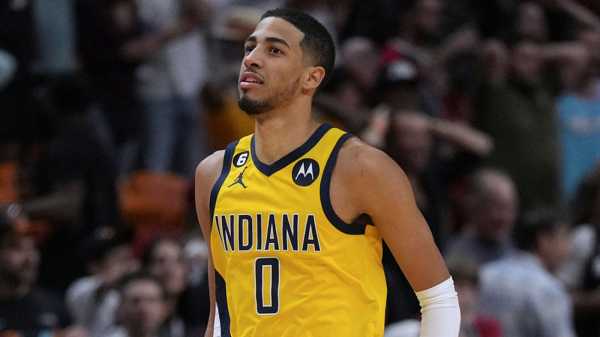 All-Star voting officially opened on the December 20, and with it, the NBA season’s action became that bit more enticing. When it comes to which players will make the starting five for the game on February 19 in Salt Lake City, there are plenty of intriguing individuals to sift through… 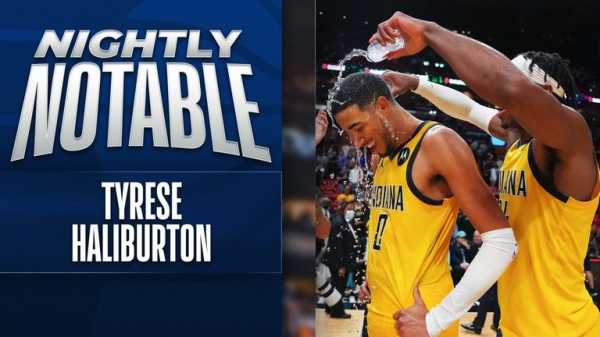 He may not be the obvious pick in the standings, but Haliburton has more than booked his spot, given his recent run of form. The Indiana Pacers star is on par to complete the season averaging at least 19 points and 10 assists, while shooting over 38 per cent from deep – a feat that only Michael Jordan and Chris Paul have achieved.

Haliburton’s silky ballhandling and fast transition moves have made him a painfully difficult opposition for defenders across the league (just ask the Miami Heat). Whether it’s exploding with a franchise-record 10 three-pointers in a game, or shooting from within the paint, the accuracy and efficiency at which he does so, makes him a prime backcourt contender.

You will be hard-pressed to find someone who works – and works out – more, than Giannis (if you are not familiar with ladder-gate, go look it up). The man is a beast on both ends of the court, averaging 31.2 points per game, as well as 11.2 rebounds in defensive transitions. Aside from the obvious physique qualities, Giannis has played a huge role in the Milwaukee Bucks’ positioning atop the Eastern Conference with his ballhandling skills. With him leading the charge, the Bucks have gone toe to toe with the dominant Boston Celtics, which is exactly the reason why he commands the perfect frontcourt starter position.

The Cleveland Cavaliers were on a five-game winning streak before Pascal Siakam’s Toronto Raptors brought them spinning back to earth. Amidst the highs and lows, however, there has been one constant: a fit and healthy Donovan Mitchell, doing Donovan Mitchell things. Averaging 28.9 points a game, and consistently performing alongside Darius Garland, Mitchell is shooting at 50.3 per cent, and will likely only improve as the play-in’s approach. He is another prime pick for a frontcourt position, not just because of his reliable hands, but also his selflessness and compatibility.

The man who leads the Sky Sports MVP standings, has got to be a frontcourt starter, right? Indeed, what Tatum is doing for the Celtics at the moment has been breath-taking, none more so evident than in the Celtic’s win over the Milwaukee Bucks on Christmas Day, where Tatum racked up his fifth straight 30-point game, leading his team with 41 en-route to a resounding 139-118 victory. 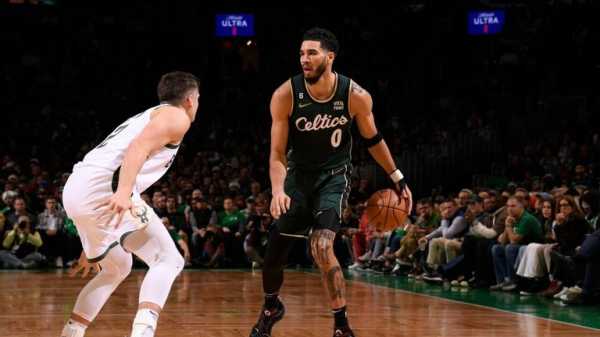 It has been through his sheer endurance and insurmountable skill that has earned the Celtics the dominance they have claimed over the Eastern Conference. Tatum, alongside Jalen Brown, will be a reckonable force, All-Star inclusion withstanding. 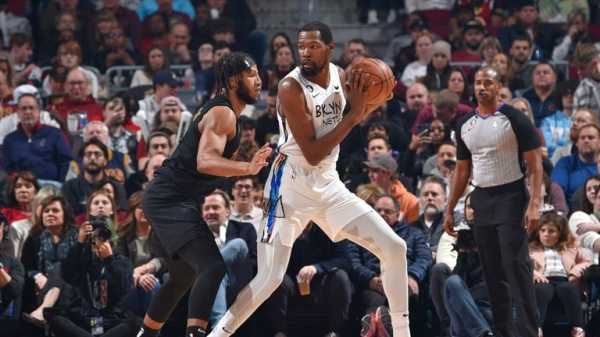 Highlights of the Brooklyn Nets against the Cleveland Cavaliers in Week 11 of the NBA season.

New head coach Jacque Vaughn has been brewing something special in Brooklyn. Indeed, under his steady tutelage, the Nets have now won nine games on the trot, with the returning Kyrie Irving, and resurgent Kevin Durant leading the charge.

The latter is the man gleaning all the attention, despite the fact that he called for a trade, and the firing of, then, coach Steve Nash in the off-season.

In his most recent, 32-point winning performance against the Cleveland Cavaliers, he passed Tim Duncan in the all-time points standings, and the late Kobe Bryant, in all-time threes. That he is averaging around 30 points a game continues to inspire those within the Nets sphere, especially given the controversy that troubled the franchise in the early stages of the season.

Continue in this form and there will be more reasons as to why he must start February’s All-Star game in Salt Lake City. 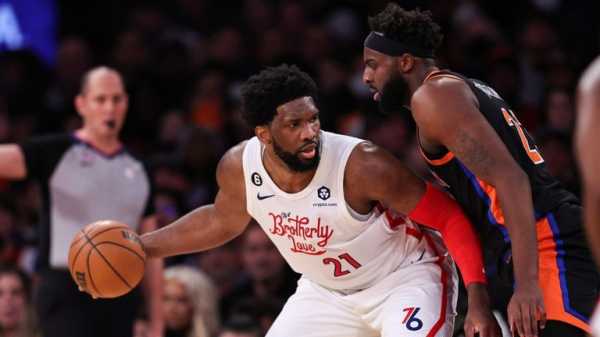 Where do you fit in Joel Embiid, in a team that already potentially features Giannis, Mitchell, Tatum and Durant?

There just is not enough room for another 7 ft center, which demotes Embiid to the reserves (we know it’s crazy).

The two-time MVP runner-up may not be happy about warming the bench, but you can be sure that he will be reliable if called upon. Currently. Embiid’s injury concerns have seen him play over 300 fewer minutes than some of the league’s finest. In the spells in which he has graced the court, he’s averaged 33.1 points per game and 9.7 rebounds.

His deftness and sharp moves in attack makes his positioning in our standings even more ridiculous. Expect the big guy to be primed and ready for rotation.

He’s the man everyone’s been talking about, and probably the only one in this list, beside Tatum, who has all but confirmed his spot as a backcourt starter.

How could we deny him? The Slovenian began the season with nine consecutive 30-point games, shooting at a career-best efficiency level (49.4 per cent). At the age of 23, he continues to baffle the mind with his persistent performances. 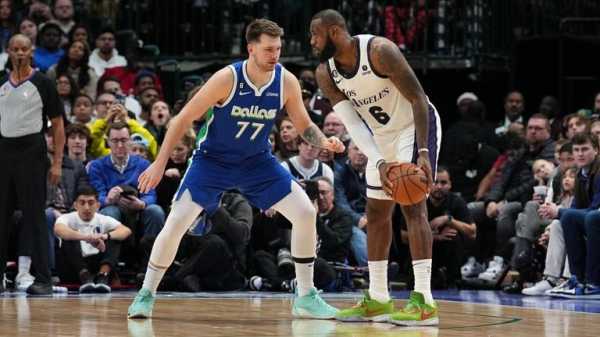 That the Dallas Mavericks boast one of the league’s worst defences only compounds his brilliance. Doncic has often had to be the talisman, dragging his team through defeats, putting up 40 and 50-point stints, all the while lacking in any real support structure beside Spencer Dinwiddie.

This one-man mentality might not be the most attractive trait to possess, but when it comes to the NBA All-Star clash, it could be the decisive factor, fuelling the West Conference attack. 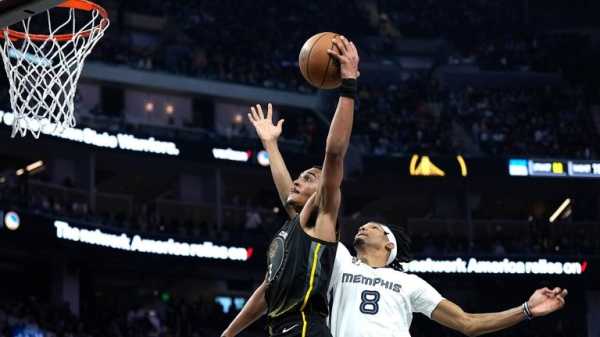 Forget the fact that he’s currently side-lined with a shoulder injury and set to return well in the New Year. This season’s Stephen Curry has been in MVP-winning form, while, just as Doncic with the Mavericks, the Golden State Warriors have not.

At the time of his injury, Curry was averaging 30 points per game alongside six assists and 6.6 rebounds. Though the Dubs were slumping and struggling on the road, Curry was not.

The injury has come around at the worst time and might make it a close competition with another one of our West Conferences picks (see below). But if Curry can regain his fitness in time, it goes without saying that he *must* play some part in the frontcourt action.

Another one to have picked up a recent injury while in the best form of his career, don’t sleep on Anthony Davis. Just like Curry, there’s a similar timeline of recovery, and all the pre-injury stats to suggest a monstrous return to the scoring action.

Indeed, prior to Davis’ injury, he had racked up a mammoth 40 and 50-point performance in consecutive games, averaging over 30 points across that winning spell. It took flu-like symptoms to halt that, and then more serious permutations with his right foot to completely derail things. 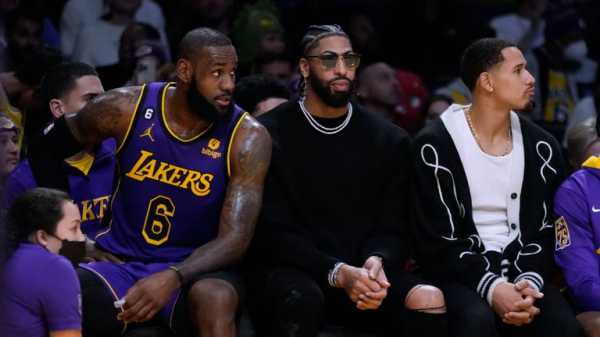 If the rumours are right in stating a return in mid-January, Davis could have the right amount of time to return to his prior form. On the attack, and on the defence (he’s averaging 12.1 rebounds this season), he remains a crucial piece in the Los Angeles Lakers’ picture. Can he do it in Salt Lake City in February? 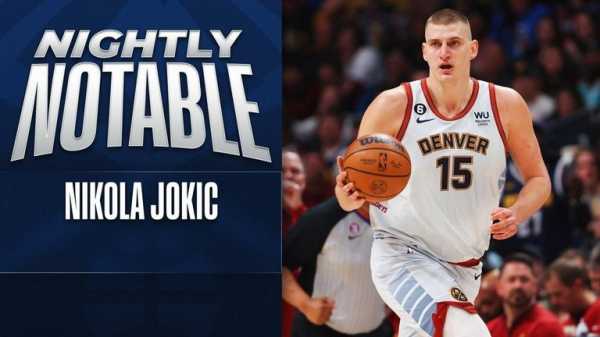 Denver Nuggets’ Nikola Jokic shines in his performance against the Phoenix Suns with 41 points, 15 rebounds and 15 assists.

We lied earlier. Here’s another frontcourt starter who has more than guaranteed his inclusion in the positional standings.

Nikola Jokic has been producing all kinds of madness for the Denver Nuggets of late, including 41 points, 15 rebounds and 15 assists in the 128-125 victory over the Phoenix Suns on Sunday evening. It seems each week, he’s producing an even more mouth-gaping set of statistics. 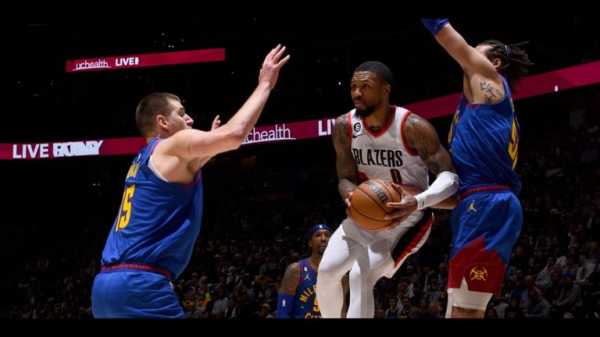 It’s not been totally needed either. Both Jamal Murray and Michael Porter Jr. are making their returns to peak fitness, having both spent the better part of last season absent with injury, both steadily contributing to the points. In that sense, the importance of Jokic’s inclusion has been lessened massively. Yet he still racks up the points, within the paint, from the free-throw line, outside the paint.

Having won back-to-back MVPs, you would think the title this year will most likely head to different pastures. If Jokic continues like this, he could be setting another record, in a season of records. 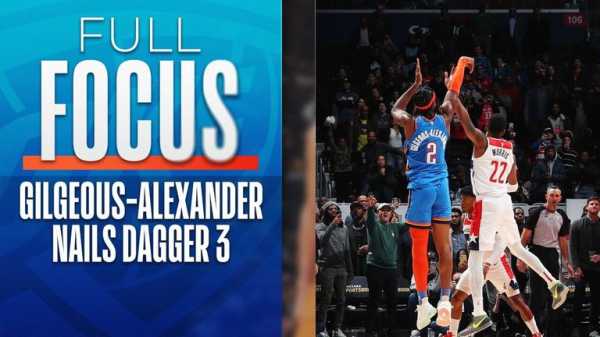 All the clamouring of late meant that we simply had to include Shai Gilgeous-Alexander or else, be subject to the jeering of the masses for all eternity. Fortunately, SGA more than qualifies for the position of possible understudy, and then some.

He currently leads the league for total clutch points and free-throws, as well as averaging 31.2 points per game. The most impressive element of his arsenal is his shooting within the paint. SGA may not yet be a master of the three-throws, but he has become one of the deadliest two-point scorers in the league.

He currently sits in fifth position for points within the paint, proving that he can be just as much of menace around the ark, as some of the big guys. A half-step is all he needs to force himself into the lanes, and should we see him this February in Salt Lake City, it will be no different. 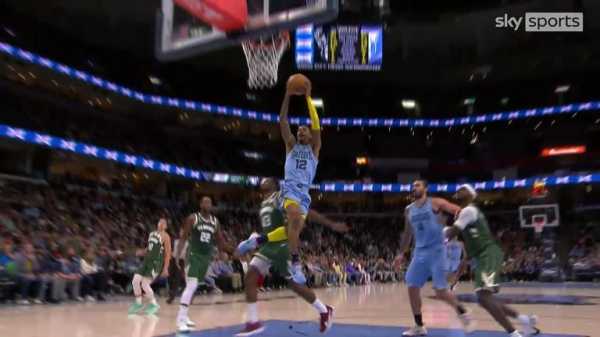 Ja Morant? This far down in the standings? It’s got to be criminal. But consider this: Not only did Morant go through a significant drop-off in form, but he’s also missed his fair share of games for various protocol/ejection/injury-related reasons. No MVP pick has won the trophy while missing more than 11 games, should this also correlate to our 2023 NBA All-Star standings?

Though he is undoubtedly blistering when he’s on game, there remains a lack of certainty around which Morant we will see on court. Now, there’s no reason why we will not see him leapfrogging both Curry and SGA in the standings (he has definitely proved on more than one occasion that he can fly, so a leapfrog should be fairly simple). But that is entirely down to him, we can only provide merit on what we see. 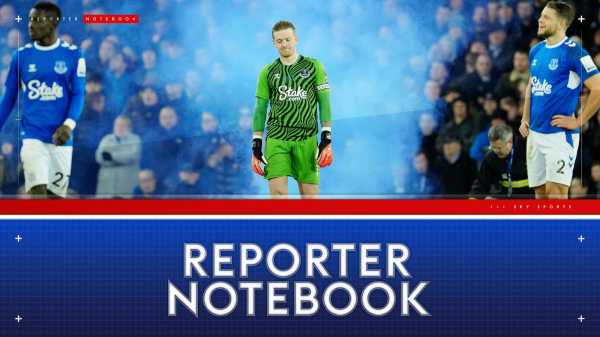 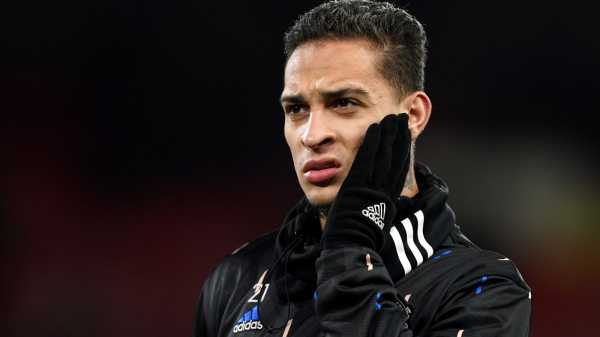 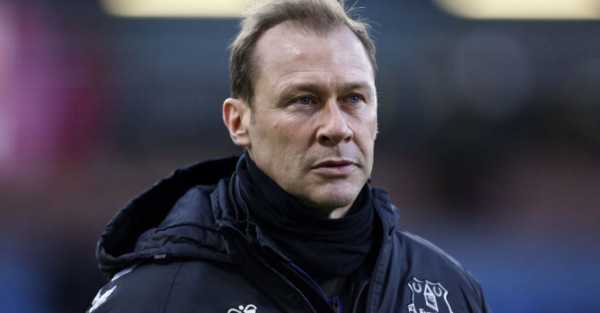