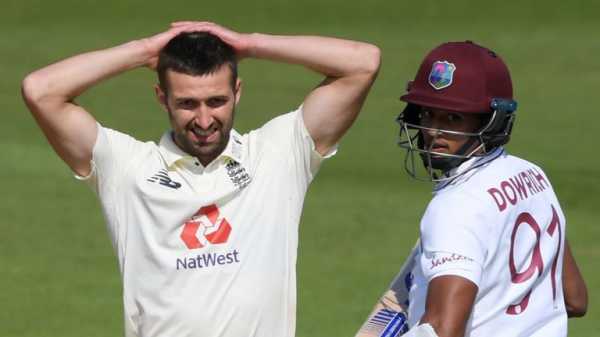 12:56 Highlights from the final day of the first Test between England and the West Indies

It’s also difficult to argue he offers more in the field than his Kent team-mate, having made a hash of an opportunity to run out Jermaine Blackwood at the Ageas Bowl when West Indies were already in trouble during their run chase.

Former England all-rounder Dominic Cork, speaking on The Cricket Debate during the first Test, is convinced Crawley should get the nod ahead of Denly for Old Trafford.

“I’m not saying it’s the end for Denly – he’s still going to be around but it’s a simple decision for me,” said Cork.

“Crawley is too talented a cricketer to not play. He’s got to play for a long period of time.”

The chances must be that Denly will be the man left out in favour of Root – weight of runs does not support his inclusion – but, as Cork stressed, it would be unwise to jettison him entirely. England are often too quick to cement certain players into the team and ring-fence their positions on little evidence. So far, Crawley has certainly not done enough to guarantee himself a place.

There is also a tendency to view all the national team’s selection issues through the prism of the next Ashes series – but, in the era of the world Test championship, that approach looks hugely flawed.

Crawley could yet develop into a key component of the side that attempts to win back the urn in 2021/22. For the moment, however, his name should remain pencilled rather than inked on the team sheet.

Watch day one of the second #raisethebat Test live on Sky Sports Cricket and Sky Sports Main Event from 10.30am on Thursday.